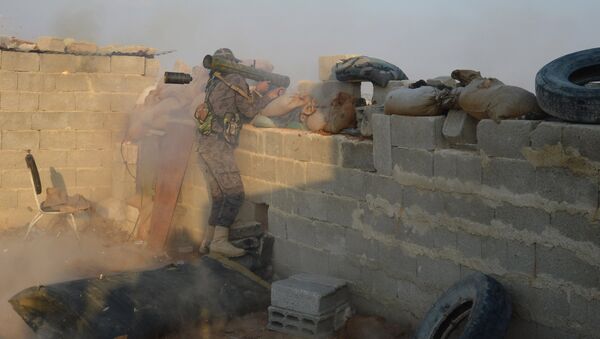 Government forces carried out several offensives on Daesh positions in the province, shelling and storming their strongholds.

They attacked the terrorists in the al-Dowah region west of Palmyra, and close to the towns of Tir Ma'ala, Quaryatayn (south of Homs), Talbiseh (north of Homs) and near the village of Maksar al-Hassaan in the east of the province. The army reported a heavy death toll among the terrorists.

"The Syrian pro-government forces also raided al-Nusra Front's defense lines in Hosh Hajo and al-Saan al-Aswad villages 20 km North of Homs city, inflicting heavy losses on Takfiri terrorists and destroying their bases along with the weapons and munitions inside them."