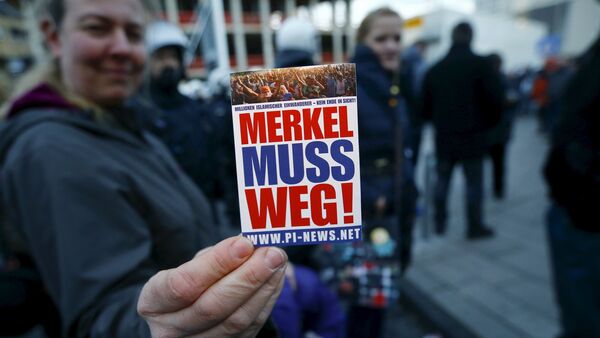 Chancellor Angela Merkel's reluctance to agree on migrant quotas may soon compel her party to ask her to resign, according to the German newspaper Saarbrucker Zeitung.

Cologne Sex Attacks: One More Outrage Could Mean the End of Merkel
In rejecting German politicians’ migrant quota-related proposals, Chancellor Angela Merkel has failed to realize that her unwavering ideological support for refugees may eventually compel others to make her tender her resignation, the German newspaper Saarbrucken Zeitung reported.

Speaking at a closed meeting of Germany's ruling Christian Social Union party, Seehofer, who also serves as the party's leader, said that he, like all the German MPs, wants to solve the migration problem with Merkel as Chancellor of Germany, but that the issue should be resolved as soon as possible. 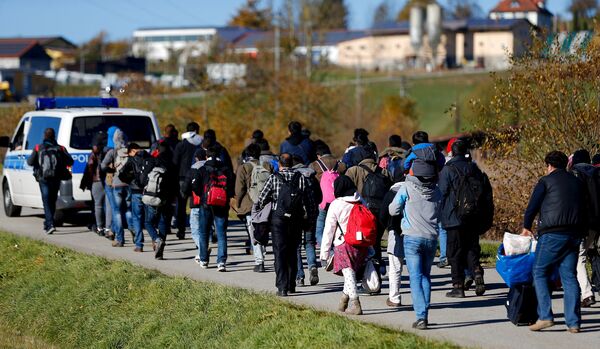 Migrants are escorted by German police to a registration centre, after crossing the Austrian-German border in Wegscheid near Passau, Germany, November 1, 2015
© REUTERS / Michael Dalder

"If Merkel fails to quickly take control of the situation, someone else will possibly try to do so without her participation," Saarbrucken Zeitung said.

Seehofer has repeatedly called for limiting the influx of refugees to 200,000 per year, explaining that only that many people can be successfully integrated in the country.

Merkel Facing Coalition Split Over Refusal to Cap Refugee Numbers
Representatives of the Christian Social Union party and the Christian Democratic Union have also urged Merkel to establish refugee quotas in order to resolve the migration crisis.  However, Merkel has repeatedly rejected the idea, the approval of which would mean the closure of her country's borders for new migrants.

According to the latest estimates by the EU border agency Frontex, around 1.2 million migrants arrived in EU countries in the first ten months of 2015. The European Commission said in turn that the current global migration crisis represents the worst such deadlock since the Second World War.