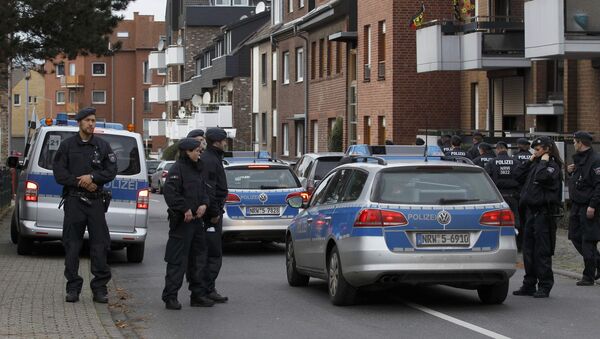 The German police came to a refugee camp in Recklinghausen, where a Paris police station assailant was registered, according to local media.

On Thursday, a man armed with a knife and a sham explosive device tried entering a police station in Paris. Police opened fire on the perpetrator, seriously injuring him. He died shortly afterwards. The attack, which was deemed a terrorist act, occurred exactly a year after the Islamist attack on the Charlie Hebdo magazine's Paris office.

The attacker was registered in Germany under various aliases, the broadcaster added.

The Moroccan assailant carried a letter and an Islamic State (ISIL, or Daesh in Arabic) flag during the attack, which he called an act of revenge for the events in Syria. Daesh is a militant jihadist organization operating mainly in Syria and Iraq. It is outlawed in many countries, including Russia.