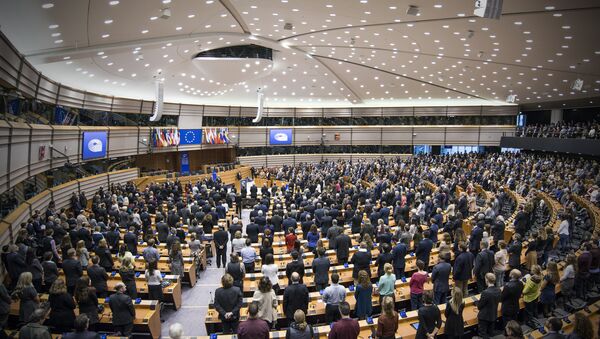 According to media reports, European Parliament is due to hold a plenary session on Poland's controversial reforms.

Germany Threatens Sanctions Against Poland Over 'Lack of Western Values'
MOSCOW (Sputnik) – The European Parliament is due to hold a plenary session on Poland's controversial reforms, media reported Sunday.

"The Polish authorities consider their election victory to be a mandate for subordinating the welfare of the state to the will of the ruling party," the European Parliament President Martin Schulz said, as quoted by the Deutsche Welle.

On Thursday, Polish President Andrzej Duda signed a new decree giving his government power to appoint heads of public television and radio, as well as civil services. The bill drew widespread opposition from EU leaders and freedom of press advocates.

The recent reforms are not in line with fundamental European values, Schulz added.

In late December, Duda enacted a controversial reform stipulating that Constitutional Tribunal ruling must be approved by a two-thirds majority of the court's judges. The reform will enable the ruling Law and Justice Party to influence the tribunal's decisions through five judges appointed by the government last month, critics said.

The move has triggered protests in Poland and in Brussels, with Polish opposition urging Brussels and Washington to condemn the reform.