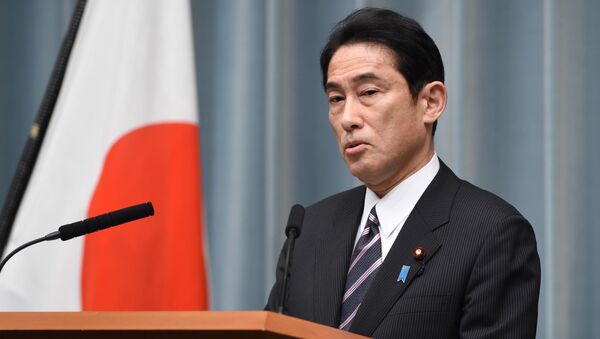 Japanese Foreign Minister Fumio Kishida said that There is a need for a strong signal and strong measures to make North Korea take constructive steps.

On Wednesday, Pyongyang claimed it had carried out its first hydrogen bomb test. The international community has condemned the test as provocative, and undermining stability in the region.

"I wish to speak to the foreign ministers of China and Russia, this is likely to take place in the beginning of the week," Kishida told reporters, adding that Pyongyang's nuclear arsenal poses a threat to the entire world.

Japan, S Korea, US Agree to Exchange Info Amid N Korea's Nuclear Test
Kishida added that China's role in this issue was crucial, as Beijing may greatly influence North Korea.

"There is a need for a strong signal and strong measures to make the DPRK take constructive steps," he stated.

The telephone talks with Lavrov and Wang could be held as early as Sunday.

On Friday, the upper house of Japan's parliament unanimously adopted a resolution condemning North Korea's alleged fourth nuclear test and calling on Pyongyang to shut down all existing nuclear and missile programs.