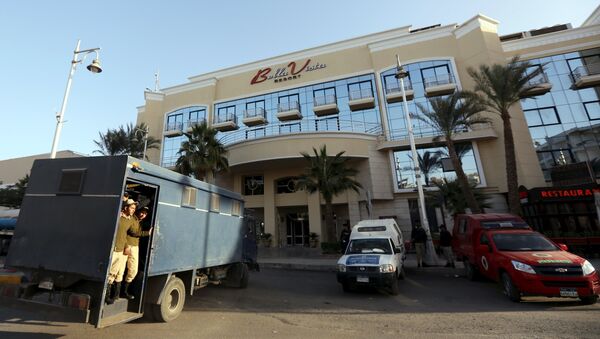 Moscow condemns Friday's attack on the Bella Vista Hotel in the Egyptian resort city of Hurghada, the Russian Foreign ministry said in a statement.

On Friday, unidentified gunmen attacked the hotel on the Red Sea coast. According to the Egyptian authorities, three foreign tourists – two Austrians and one Swede – received minor injuries during the attack.

"Moscow condemns the criminal actions against a hotel in Hurghada. We firmly support the Egyptian government and the country's law enforcement agencies in firmly resisting extremists of all kinds," the ministry said in a statement.

The Russian ministry reminded that there are currently no tourists from Russia in Egypt, as Moscow suspended flights to the Red Sea resort after a Russian A321 passenger plane crashed in Sinai Peninsula as a result of a terrorist attack in October.