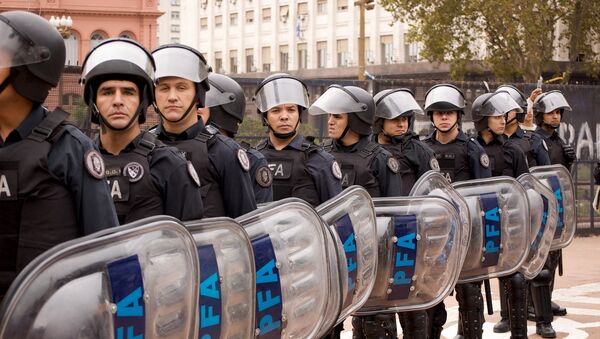 Police in Argentina used rubber bullets and tear gas to disperse demonstrators outside the La Plata City Hall, who were protesting against a mass dismissal of public workers.

MOSCOW (Sputnik) – Local media reported that some 300 municipal workers took part in the protest in La Plata, the capital of Argentina’s Buenos Aires Province, on Friday. Some protesters were throwing stones at police officers.

​The incident comes after the La Plata mayor decided not to review 4,500 contracts for state workers that expired at the end of December.