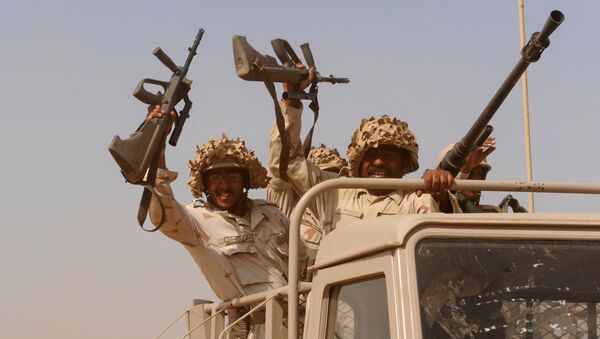 Putting an end to Wahhabi Jihadism, the radical ideology which lies at the heart of terrorism in the Middle East, requires Washington stop selling weapons to Saudi Arabia, former businessman and US politician David Stockman asserted.

Director of the Office of Management and Budget under President Ronald Reagan maintains that "the real jihadi terrorism in the contemporary world arose almost exclusively from the barbaric fundamentalism of the Sunni-Wahhabi branch of Islam, which is home-based in Saudi Arabia."

Mideast Chessboard: Did Saudis Execute Shiite Cleric to Manipulate US?
Apparently, this radical ideology is only capable of surviving because the Saudi monarchy is supporting it.

"The Saudi regime enforces it by the sword of its legal system; showers its domestic clergy with the bounty of its oil earnings; and exports hundreds of millions to jihadists in Syria, Iraq, Libya, Turkey, Iran, Egypt and numerous other hot spots in the greater Middle East," Stockman explained in an opinion piece titled "Enough Already! It's Time To Send The Despicable House Of Saud To The Dustbin Of History." 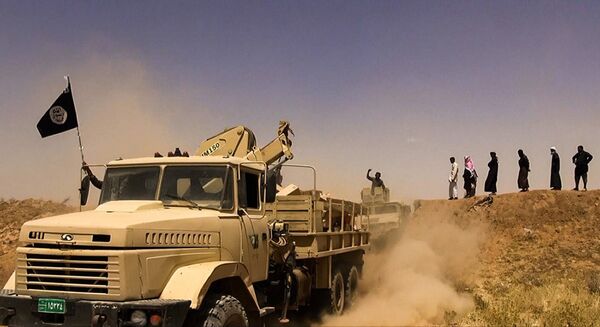 Daesh would not have been able to achieve what it has today without Saudi help. Riyadh, according to the analyst, both serves as an inspiration for the brutal group and benefits from the chaos it has wreaked in Iraq, Syria and beyond.

The US will thank Saudi's for their help in bringing peace to middle east by providing weapons (sarcasm intended) https://t.co/BxBwMFnBDJ

​"Had [the House of Saud] not provided billions in weapons and aid to the Syrian rebels over the last five years, there would be no civil war in Syria today, nor would [Daesh] have been able to occupy the dusty, impoverished towns and villages of the Upper Euphrates Valley where it has established its blood-thirsty caliphate," he noted.

The US has given Saudi Arabia $100 billion worth of weapons in the past five years. We need to stop funding barbarians. @potus

Escalating Row: Syria May Fall Victim to Saudi-Iranian Conflict
In the last decades, Washington, according to the analyst, has sold weapons to Saudi Arabia worth more than $100 billion.

It follows then that to put an end to Wahhabi Jihadism and Daesh the US should "cut off arms sales entirely to the Saudi military, which would be grounded within months due to lack of spare parts and support services."

Should Washington opt to end military cooperation with Riyadh, the ruling family, according to Stockman, would flee Saudi Arabia.

I've seen a bunch of "US should condemn Saudi's attack". That's not the way this goes. These attacks are carried out with US made weapons.

​"After an abdication by the House of Saud, the Wahhabi clerics would not long survive, and Iran and its Shiite Crescent allies, including Russia, would make short work of the ISIS caliphate," he observed.