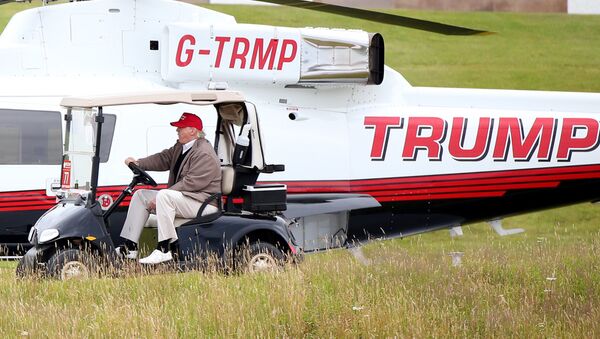 Adding to a long list, Republican presidential frontrunner Donald Trump has set his sights on yet another enemy: Scotland.

Whatever happens in the 2016 US presidential election, Donald Trump will end his campaign with few friends. To recap: women, veterans, the disabled, African-Americans, Asians, immigrants at large, and Muslim and Mexican immigrants specifically have all been categorically insulted by the real estate mogul.

Now the billionaire is taking on Scotland.

Following Trump’s controversial pledge to prevent Muslims from entering the United States if elected president, MPs in the British House of Commons are preparing to hold a debate on whether the billionaire should, himself, be allowed entry into the UK.

Trump is not a fan of this proposal. In response, he has threatened to cancel plans to invest over 700 million pounds in Scotland.

"Any action to restrict travel would force the Trump Organization to immediately end these and all future investments we are currently contemplating in the United Kingdom," his company said in a statement, according to the Guardian.

"Westminster would create a dangerous precedent and send a terrible message to the world that the United Kingdom opposes free speech and has no interest in attracting inward investment."

The statement also warns that Trump’s legion of supporters would cancel any planned vacations in the UK.

The name of the latter luxury golf resort? Trump Turnberry.

The House of Commons won’t debate the resolution until January 18, but if they vote to keep Donald "Turnberry" Trump out of the country, one can only hope for an all-out Twitter war between the billionaire and Sean Connery.