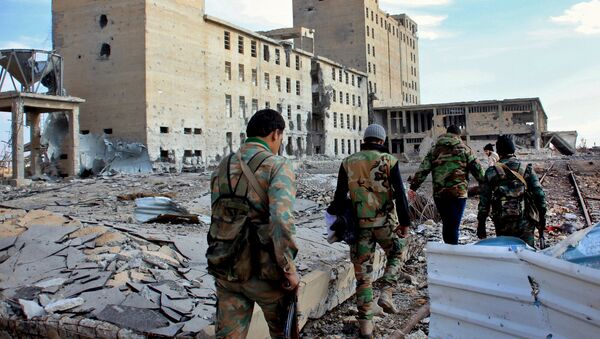 Government forces have made major advances and regained control over several heights in the al-Tahrda Mountains, east of Deir ez-Zor military airport, after carrying out an attack on Daesh (Islamic State) positions on Monday.

Some 11 Daesh terrorists were killed in the attack and several others were injured.

All Clear: Syrian Army Recaptures Strategic Road in Homs Province
It was earlier reported that the army continued to advance near the strategic hill of Kroum in the vicinity of the airport after it repelled an attack by Daesh militants.

The Syrian Army engaged in clashes with Daesh in al-Jafreh village in the province of Deir ez-Zor, having killed and injured a group of militants, a military source told FARS News.

Aircraft of the Syrian Air Force carried out bombing strikes on militants’ positions in al-Hwaiqa neighborhood in the city of Deir ez-Zor.

Deir ez-Zor was once a Daesh stronghold but now the Syrian Army and popular forces backed by Russian airstrikes have left no safe place for the militants in the province.