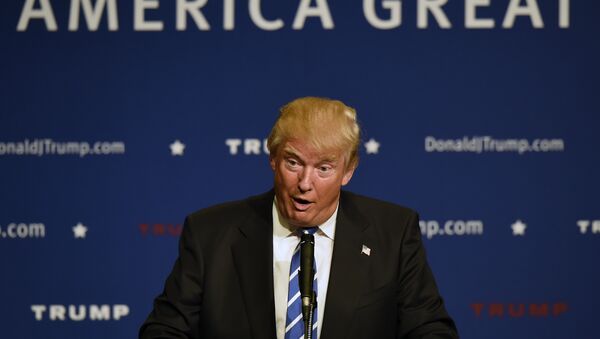 The US presidential hopeful also stressed that Mexico will be the one paying for the construction of the wall on the border with America.

LOWELL (Sputnik) — US presidential hopeful Donald Trump has vowed during his campaign stop in Lowell, Massachusetts, that he will build an aesthetically pleasing wall on the US-Mexico border to solve the problem of illegal immigration.

He added that he is not against immigration, but stressed migrants should enter the United States legally.

Donald Trump's New Political Ad Mistakes Morocco for Mexico
In August, Trump released his immigration plan including a proposal to make Mexico pay for a permanent fence on the border between the two countries. He also proposed to introduce mandatory returns of all criminal immigrants and penalties for Mexicans overstaying a US visa, as well as ending birthright citizenship.

In announcing his presidential bid on June 16, Trump said illegal immigrants from Mexico bring mostly drugs and crime to the United States, and characterized Mexican immigrants as rapists.

The billionaire businessman has been criticized for his controversial statements, including in relation to immigrants, Muslims, and women.