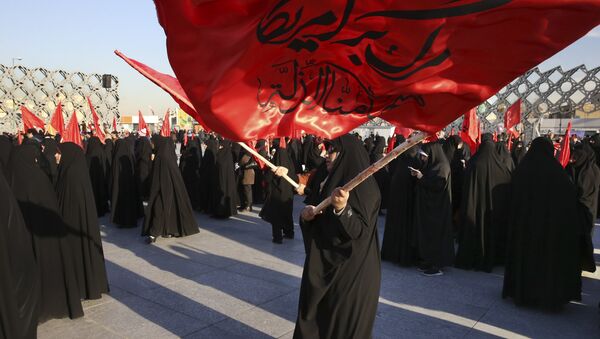 Meanwhile, Saudi Arabia insisted that the 47 people executed at the weekend had been granted "fair and just trials without any consideration to their intellectual, racial, or sectarian affiliation."

Fanning the Flames: Saudi Arabia 'Deliberately Provoked' Conflict With Iran
Earlier Riyadh named the terms of restoring diplomatic ties with Tehran with its UN envoy  Abdallah al-Muallimi  making such restoration conditional on Tehran no longer meddling with internal affairs of other countries, including Saudi Arabia’s.”

On Monday Russia offered to act as a mediator of the ongoing conflict.

Relations between Iran and Saudi Arabia soured following the execution Shia cleric Sheikh Nimr al-Nimr in Saudi Arabia, an outspoken critic of the Saudi monarchy, along with 46 other people convicted of terrorism.

Saudi Arabia cut ties with Iran on Sunday, responding to attacks by protesters on its diplomatic missions in the two most populous Iranian cities of Tehran and Mashhad.