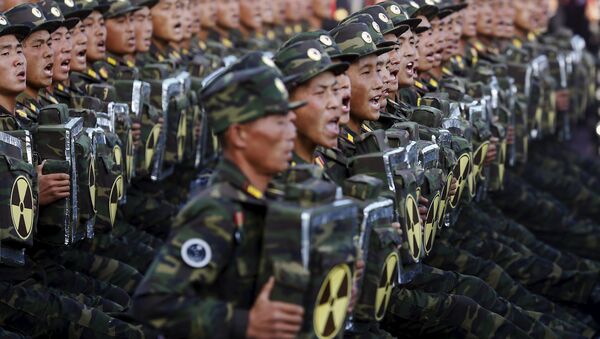 No other country in the world may be compared to North Korea, where the population bears an incredible military burden in its 60-year-long standoff with its southern adversary.

The average annual number worldwide is some 2%, according to the recent World Military Expenditures and Arms Transfers 2015 report by the US State Department.

North Korea is a unique nation to this effect, putting into its army, navy and air force almost a quarter of GDP – 23.8%, to be precise, according to the report.

Meanwhile, the country’s main rival, South Korea, has a 2.5% military burden, while the United States, the chief ally of the latter, dedicates some 4.3% to this expenditure. Neighboring China and Russia hold this parameter close to 2.1% and 3.7%, respectively.

North Korean Leader Calls for Increase in Military Drills
The incomparable military burden born by the Democratic People’s Republic of Korea stems from its extremely low gross domestic product, ranked 101 in the world and estimated for 2002 through 2012 at just 17 billion annually in constant 2012 US dollars terms. During the same period, South Korea ranked 14 globally, with its $1,010 billion, and the US was no. 1, with $15,400 billion average GDP.