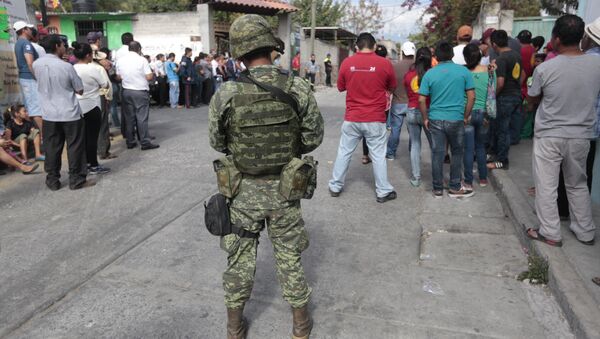 A drug gang is said to be behind the murder of a newly elected mayor of a Mexican city killed a day after assuming office, local media reported.

MOSCOW (Sputnik) – Gisela Mota, 33, was gunned down in front of her Temixco residence early Saturday, 24 hours after being sworn in as mayor of the fourth largest city in the state of Morelos. Three suspects, including a minor, have been detained in connection with the murder.

Armed commandos belonging to a drug trafficking group called Los Rojos ("the Reds") have allegedly killed Mota, according to information obtained by the national El Universal daily on Sunday.

Suspected Gunmen Arrested in Newly Elected Mexican Mayor’s Murder
Law enforcement officials said there was evidence linking the suspected perpetrators with other "criminal events," but said details would be provided in the course of next week.

A 32-year-old female, an 18-year-old male and a 17-year-old were among the three individuals arrested on suspicion of killing Mota.

In addition to the arrests, two suspected gunmen have been killed during a pursuit immediately after the shooting.

The Association of Local Authorities of Mexico (AALMAC) civil group said in a statement the latest murder brought the number of local officials killed in the past 10 years to almost 100.