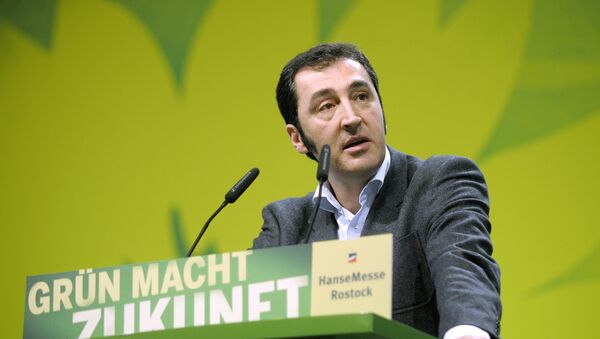 German Green Party leader said that party has called for ban on arms exports to Saudi Arabia amid increased tensions between Riyadh and Tehran.

"We all are interested that both countries come to their senses. But, it is also necessary for the [German] federal government to hold clear talks with Saudi Arabia instead of only providing weapons," Oezdemir said, as quoted by the Bayerischer Rundfunk broadcaster, adding that the executions in Saudi Arabia were a clear violation of human rights.

The Greens are demanding to immediately halt trade relations with Saudi Arabia and introduce a ban on arms sales to the country, the broadcaster reported.

Earlier on Monday, German Vice-Chancellor Sigmar Gabriel said Berlin would not stop arms deliveries to Riyadh but pledged to have "a closer look" to arms sales to Saudi Arabia in the future.

On Saturday, Saudi Arabia executed 47 people convicted of terrorism and incitement to violence, including Shiite cleric Nimr al-Nimr, a critic of the Saudi royal family. The move triggered violent protests in Iran and other Shiite-dominated countries.