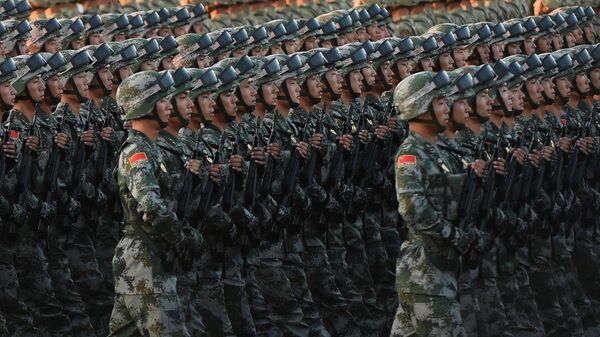 President Xi Jinping described the modernization reform as "a major policy decision to realize the Chinese dream of a strong army."

Global Spillovers From China’s Slower Growth ‘Much Larger’ Than Anticipated

The new units, along with the building of a second aircraft carrier, come at a time when Beijing is being more assertive in territorial disputes in the South China Sea and East China Sea, escalating tensions with its neighbors and with the United States.

In addition to the so-called "Rocket Force," the PLA also unveiled an army general command to serve as the headquarters for land forces and a support unit to assist combat troops, the official Xinhua news agency said.

In an effort to create a more efficient fighting force, President Xi announced in September plans to cut the number of Chinese troops by about 300,000 to approximately 2 million soldiers.

Beijing is also expanding its naval capacity, building a second aircraft carrier to join the one that was commissioned in 2012.

The modernization comes as China flexes its military muscles with Japan in the East China Sea and with its Southeast Asian neighbors in the South China Sea.

China claims nearly all of the South China Sea, through which some $5 trillion in trade passes annually. But the Philippines, Brunei, Vietnam, Malaysia and Taiwan have overlapping claim.

The Global Times newspaper said new conditions required a strong army and cited the United States as a reason.

"If China has a big gap with the US in terms of military prowess, this will affect its international position and other countries' attitude toward China," it said in an editorial posted on its website Saturday.

"With a strong army, China can be more politically appealing, influential and persuasive."