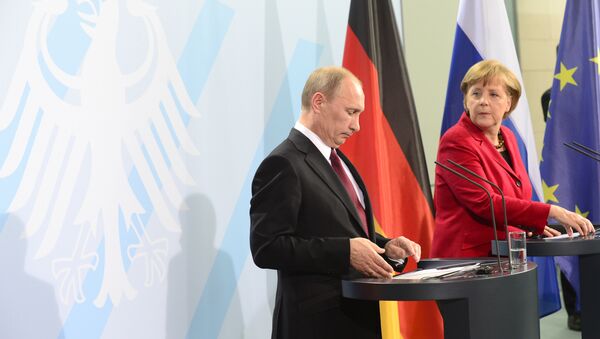 Many think that the events of the First and Second World Wars are essentially ancient history and have no influence on the current geopolitical reality; however, according to American political scientist and journalist Phil Butler, certain long-forgotten ‘technicalities’ might unexpectedly become the golden key to resolving the Syrian crisis...

“Not many reading this will know there are many nations still at war with Japan and Germany, as well as other Axis powers, technically, that is,” Phil Butler writes in his article for the website New Eastern Outlook.

Among those are Lebanon, Iraq, Iran, and Syria, he says, ironically adding that, as it turns, “refugees from the region are now streaming into enemy territory by the hundreds of thousands”.

Is Germany Bowing to US Pressure by Joining Syria Campaign?
As it happens, back in 1945, when the Allied nations of Britain, France, the US, and USSR assumed supreme authority over the German state, there was “scant documentation of the exactitude of Axis powers’ surrenders and dispositions”.

“For Germany in particular, it has been argued that the defeat at the hands of Allied nations was in fact a debellation, or obliteration by warring of a sovereign state.”

Since then, for more than 70 years already, Germany has been “a vassal of Britain and the United States”. However, just one document could change it all.

During the years of the Second World War, the region of the Middle East was embraced with the ideas of T.E. Lawrence, better known as Lawrence of Arabia, who had promoted the idea of a free and cohesive Middle East. 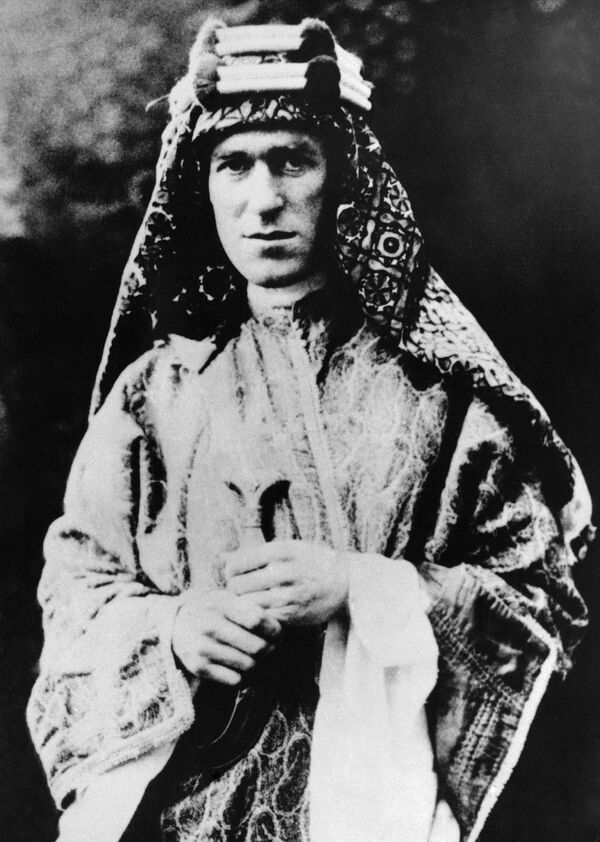 Col. T.E. Lawrence,, shown Oct. 3, 1928, the mystery man of the desert, who is known as the uncrowned king of Arabia," is reported on a secret mission in Afghanistan. He is supposed to be negotiating a treaty between Great Britain and the Amir Amanullah
© AP Photo

“Assigned by British Army Intelligence to form up an Arab army of revolt against the Ottoman Turks, Lawrence later became disillusioned with the partitioning of Arabia after the war. He was particularly disenchanted by the crown’s efforts to establish a Jewish state in the middle of Palestine,” Butler says.

His ideas were much feared by the West and back in 1941, already after his mysterious death in 1935, the Western powers launched the so-called Syria–Lebanon campaign, also known as Operation Exporter.

Germany Joins Russia’s Supporters, Seeks Cooperation in Syria
“The battle for Syria and Lebanon saw fighting in the same places we see ISIL (Daesh), Al-Qaeda, the so-called moderate jihadists and other “proxy” fighters killing one another today. The ancient city of Palmyra and many parts of Iraq were bloodstained until the Armistice of Saint Jean d’Acre basically turned Syria and Lebanon over to Britain,” says the political scientist.

“Syria and these other nations declared war on Nazi Germany afterwards, but there never was a cessation document officially signed in between Germany and these states.”

The signing of this particular document, the author says, might be the very key to a peaceful end game in Syria.

“A treaty now, in between Syria, Lebanon, Iran, Iraq, and other nations who’ve not officially signed such declarations accomplishes three very important functions.”

“First and foremost, for instance, a Bashar Hafez al-Assad brokered “truce” in between these nations forwards the concept of Arabian independence T. E. Lawrence advocated. Assad as the catalyst would indemnify many Islamic tenants, and refute for millions the potential of a new Ottoman Empire, which some profess is in the works.”

“Secondly, a treaty in between Germany and Syria in particular, would vehemently realign the western alliance strategy. Or in other words, dash any neocon or bankster play to destroy and fragment the Middle East further.”

Singing to Washington's Tune: Germany Blames Russia for Chaos in Syria
“Finally, and perhaps most significantly, the German republic finalizing the past and casting off the last vestiges of the Nazi legacy, would once and for all free the German people from the yoke of allied control.”

Therefore, Europe aligned in peace with Middle Eastern countries, and more importantly on the ideological side of Russia, equals world peace by the sheer magnitude of the proposition, the political scientist concludes.

“Germany is one key to a resolute peace, for American and Britain alone stand no chance at hegemony alone.”

At least this is his theory.