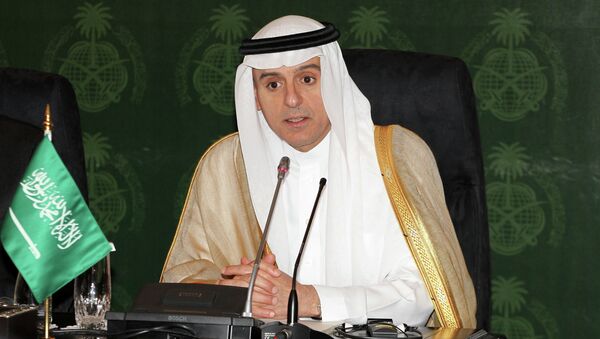 Foreign Minister: the Kingdom Cuts its Diplomatic Relations with Iran and Withdraws Employees of the Saudi Embassy and Consulate in #Iran.

Saudi Foreign Minister Adel al-Jubeir said at a news conference that Iran's diplomatic mission in Saudi Arabia had been given 48 hours to leave.

The Saudi foreign minister said Riyadh would not allow Iran to "sabotage security" of the kingdom, the media outlet reported.

47 Saudi diplomats and their relatives were evacuated from Iran after their embassy was stormed by protesters in Tehran, Saudi foreign ministry spokesperson Osama Naqli reported. The diplomats landed in Dubai on their way home to the kingdom, according to Al Arabiya TV.

"The attacks on the Saudi embassy in Tehran began after the announcement of enforced court rulings. This is not the first time when Saudi diplomatic missions in Tehran and Mashhad were subjected to criminal attacks without intervention from Iranian authorities," Naqli said.

The spokesman said, as quoted by the official Saudi Press Agency, that several districts where diplomatic staff resided had experienced an hour of power outages.

UAE Hands Iranian Envoy Note of Protest Over Attacks on Saudi Embassy
Naqli expressed gratitude to the United Arab Emirates for assisting in the evacuation and facilitating the safe return of Saudi nationals to their homeland, despite "obstacles on the part of the Iranian authorities."

Meanwhile, a source familiar with the Saudi government's thinking was quoted by the news agency as saying that "the Saudis really don't care if they anger the White House."

​Relations between Iran and Saudi Arabia soured following the execution Shia cleric Sheikh Nimr al-Nimr in Saudi Arabia, an outspoken critic of the Saudi monarchy, along with 46 other people convicted of terrorism.

On Saturday, demonstrators protesting in Iran against the execution of Sheikh al-Nimr by Riyadh attacked the Saudi embassy in capital Tehran and the consulate in the city of Mashhad. The protests continued on Sunday.