Germany Can Accept Up to 200,000 Refugees Each Year 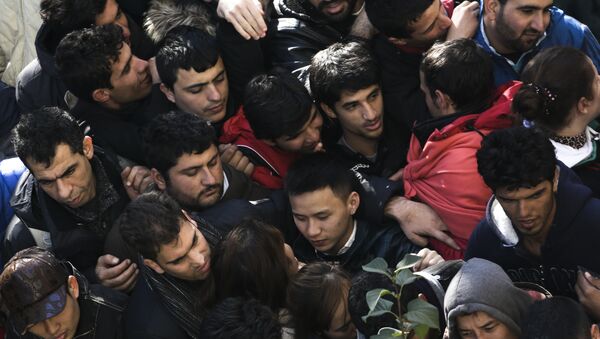 Germany can cope with no more than 200,000 additional refugees a year, Bavarian Prime Minister Horst Seehofer said Sunday in an interview to local media.

Feeling the Pinch: Germany to Fork Out €17 Billion on Migrants in 2016
MOSCOW (Sputnik) — Seehofer stressed that Germany can integrate only as many refugees. "I consider anything outside that number to be too much," the Bavarian politician said, adding this did not include economic immigrants and families that refugees leave behind.

"In Germany, we have no problem with additional 100,000 to maximum 200,000 asylum seekers and civil war refugees a year," the chief of Bavaria's ruling Christian Social Union (CSU) told Bild am Sonntag.

The head of CSU, which is an ally of Chancellor Angela Merkel’s Christian Democratic Union (CDU), said that the priority for 2016 was to curb the influx of immigrants to the country.