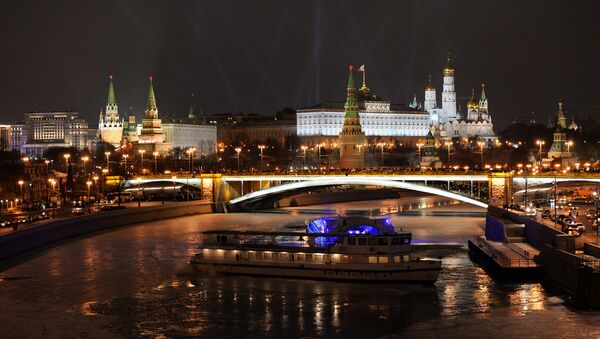 This year may see Russia get the better of EU countries in terms of economic development, according to the Russian economist Vladislav Ginko.

Russia
Russia Outlines Priorities in Relations with US, EU and NATO
In an interview with Sputnik, noted Russian economic expert Vladislav Ginko suggested that in 2016, Russia will be able to outperform EU members as far as economic development is concerned.

According to him, this year will prove to be more successful for those countries that have maintained their economic and financial sovereignty.

"2016 will show that those the countries which pursue an independent economic and financial policy, in particular, Russia, will be in a better position in the future than those states which fail to do so," Ginko said.

He referred to Ukraine and the EU countries, "whose economic policy, as we see, is controlled by Washington."

"This is something that has a devastating impact on these countries," he added.

Ginko also said that the economic and financial crisis is still in place and that an economic collapse similar to the one which took place in Greece can be expected in any other country, where state debt-related problems show no sign of abating.

"Both developing and developed counties may face the economic meltdown and the example of Greece could spread to other countries, including Portugal and Spain. In this regard, Russia is in an advantageous position, given that the country has an extremely small level of public debt in relation to its GDP," Ginko explained.

"We have evolved at the expense of our own resources over the past few years. In this situation, we look to be more efficient and were are poised and ready to make a breakthrough," he said.

EU-Russia Relations Become 'Hostages of West's Line' in 2015 - Envoy
Separately, he commented on the Guardian newspaper's forecast about plummeting oil prices, which could further nosedive this year and finally drop to about 25 dollars per barrel.

According to Ginko, such a scenario may take place but it will not last long.

"Russia increased oil production last year and we are ready to step up the process even though it will be a hard nut to crack. Everyone understands that the oil cannot be very cheap for a long time, and that prices will ultimately rise," Ginko concluded.