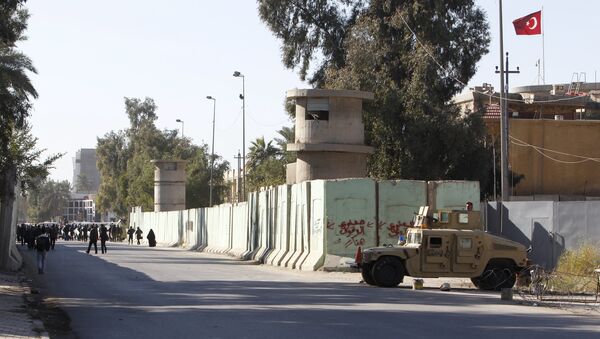 Iraq’s readiness to take military action against Turkey if Ankara fails to withdraw its troops from Iraqi territory has increased the possibility of NATO involvement on the side of Turkey and its territorial ambitions, reported the German press on Thursday.

Over 22,000 Iraqis Killed, Injured in 2015 in Acts of Violence
Even though Iraq is aiming for a diplomatic solution to its dispute with Turkey, its government hasn’t ruled out using military force in order to remove Turkish troops from Iraqi territory, thus raising the possibility of NATO involvement, German Economic News (DWN) reported on Thursday.

“If it comes to war, NATO must be on the side of Turkey in Iraq,” the newspaper pointed out.

​'Iraq doesn't want any Turkish troops in its country, and threatens war against a NATO country,' reported DWN.

The Federal Republic of Germany has been a NATO member since 1955. In December the German government announced that its forces were joining the US-led anti-Daesh (ISIS/ISIL) coalition in a non-combat, support role.

On Wednesday, Iraq’s Foreign Minister Ibrahim al-Jaafari said that although Iraq wants to use diplomatic means to resolve the conflict, it does not exclude the use of force if “fighting is imposed on us.”

“We will consider it (the use of military force) to protect our sovereignty, people and resources,” said al-Jaafari. 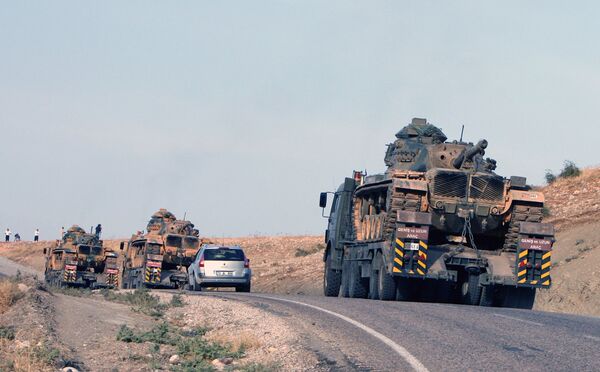 Ankara said its forces were there with the assent of the Iraqi government, and were sent in response to security concerns in northern Iraq, where its forces help to train Iraqi militia battling Daesh in northern Iraq. The Iraqi government in Baghdad called the incursion a violation of Iraqi sovereignty, and demanded the troops withdraw in 48 hours.

US-Led Coalition Conducts 24 Airstrikes Against Daesh in Syria, Iraq
At first Turkey refused to withdraw troops from the Bashiqa military base, which is close to Mosul in northern Iraq, but later agreed to withdraw some of the forces after Iraq complained to the UN Security Council. On Wednesday the Iraqi government again complained, that Turkey has so far failed to honour the agreement to withdraw all its troops from Iraqi territory.

Turkey has been a NATO member since 1952, and according to the terms of the North Atlantic Treaty, the principle of collective defence commits its members to defend each other in the event of an armed attack against another member. However, Article 5 of the Treaty makes no reference to the alliance’s responsibilities to intervene in the case of an act of aggression by a NATO country.