Strange Bedfellows: A Tiger and His Goat 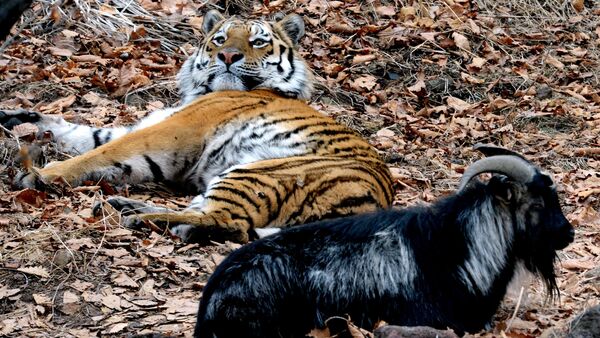 A tiger and a goat have continued to peacefully coexist for over a month in a safari park in Russia’s Far East.

It’s been over a month since Amur the Tiger and Timur the Goat started living together in a safari park in Russian Far East, and the two creatures still act like they’re best buddies.

In fact, the goat apparently treats the tiger as a pack leader, often refusing to eat if his feline companion isn’t around.

The two creatures became friends on November 26, when the goat was thrown into the tiger's cage as his next would-be meal, but instead managed to befriend the predator.