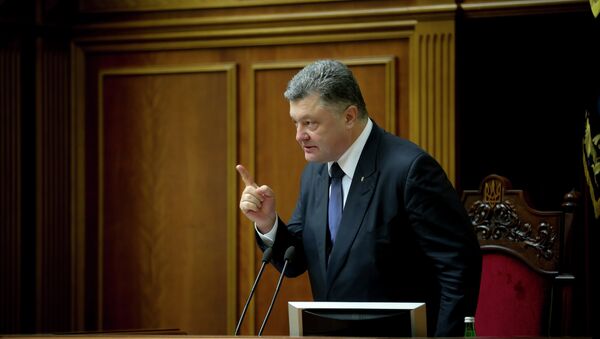 Ukrainian President Petro Poroshenko expressed hope on Friday to reach progress in settling the situation in Donbas on the occasion of Germany's chairmanship in the Organization for Security and Co-operation in Europe (OSCE).

Germany Ready to Assume Responsibility of OSCE Chairmanship
MOSCOW (Sputnik) – On January 1, Germany took over the rotating OSCE chairmanship. The presiding country is set to focus its work on solving the Ukrainian crisis among other issues, German Foreign Minister Frank-Walter Steinmeier said earlier in the day.

"A unique combination of Normandy format and the OSCE, chaired by Germany, gives hope for a long-awaited progress," Poroshenko wrote on Twitter.

Germany is part of the so-called Normandy format group, alongside Ukraine, Russia and France, that brokered the ceasefire agreement between Kiev and the self-proclaimed Luhansk and Donetsk republics signed in Minsk in February 2015.

Under the deal, the OSCE has been put in charge of monitoring the ceasefire in the country.