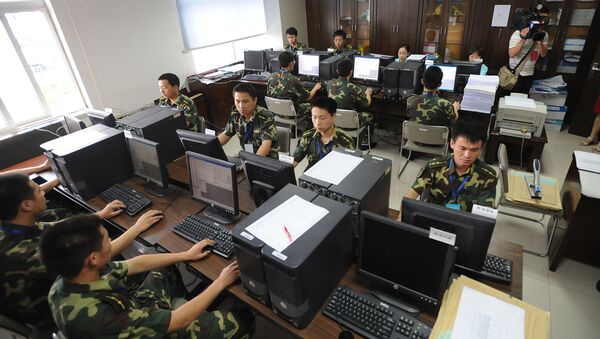 © AFP 2021
Subscribe
China has long been rumored to possess cyberwarfare capabilities, and now the country's military has kicked off 2016 by creating a new military branch focused on the digital battleground.

China's Central Military Council announced on Jan 1 that it has created three new military forces; one of these, according to the council's website, deals with what it calls 'cyber war forces.'

The new forces include the General Command for the People's Liberation Army (a central command for ground forces), the Rocket Force and the Strategic Support Force. During the ceremony for the new forces in Beijing, Chinese President Xi Jinping passed the flags to the units.

"The creation of the general command, rocket force and strategic support force is very important for the implementation of the Chinese dream about strengthening the army in light of the current situation. This a strategic measure to create a modern military system, taking into consideration the specificity of China," Xi said, as quoted in the statement.

According to the statement, the aim of creating new units was to enhance the preparedness of the Chinese army.

The People's Liberation Army is the biggest army in the world with a strength of more than two million military personnel. Beijing also possesses nuclear weapons and an aircraft carrier; a second one is under construction. These factors make the Chinese army one of the strongest and best-equipped in the world.