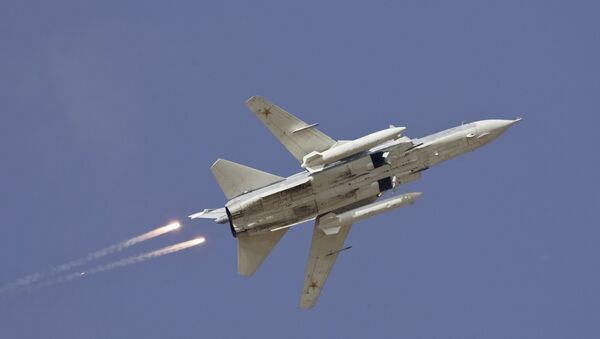 © REUTERS / Shamil Zhumatov/Files
Subscribe
When it comes to naming those responsible for the downing of a Russian bomber in Syrian airspace, Turkey always has an answer and every time it is a different one.

Russia Urges Turkey to Bring Su-24 Pilot's Murderer to Justice
Fethullah Gulen, an influential Islamic cleric, who is often blamed for all the ills troubling Turkey's ruling party, has been named as the latest culprit in this endless cycle of blame shifting. Gulen, once Erdogan's ally, is one of the president's harshest critics. He is currently living in the US.

The Star newspaper recently linked the Su-24 downing to activities of Gulen backers in the Turkish Air Force. The Russian warplane, according to the media outlet, was shot out of the sky to spark a crisis in Ankara's relations with Moscow.

Kılıçdaroğlu, who heads the Republican People's Party (CHP), the leading opposition party in Turkey, refused to buy this theory.

"What happened? [Turkish authorities] claimed that they were the ones, who gave the order to shoot down the plane. …  Then they said, 'Sorry, it was not us, military officials are to blame.' Now they are blaming Gulen. Are you thinking about what you are saying? Does your conscience allow you to play with the people like this?" asked Kılıçdaroğlu at a meeting of his parliamentary faction. 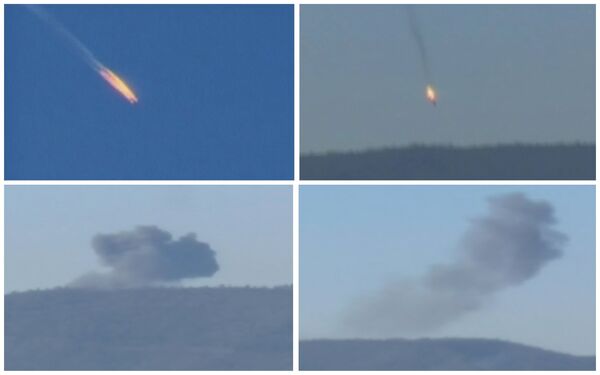 Daesh’s 90-Day Nightmare: Results of Russia’s 2015 Syrian Operation
On November 24, a Turkish F-16 fighter jet shot down a Russian Su-24 bomber, which was on an anti-Daesh mission in northern Syria. Ankara cited an alleged airspace violation to justify the move. Russian officials and the pilot provided evidence that the warplane did not cross into Turkey.

The next day, Turkish Prime Minister Ahmet Davutoglu said that he personally gave the order to bring down the Russian plane. However, on Wednesday, Davutoglu changed this story saying that he did not personally issue the order.

"I did not give the order to shoot down that plane," he told the NTV TV channel, saying that it would not have been possible in the 17 seconds the alleged violation lasted. "The prime minister issues instructions to enact threat response guidelines. These guidelines are not new and they are applied without my orders."

Two days prior to the Su-24 incident Turkey's General Staff handed over the authority to apply the guidelines to the Air Force command, Davutoglu added.

1st the Su-24 incident, then invading Iraq and now this. Turkey is becoming too unpredictable https://t.co/SfchHlSusq

​Lately, Turkish authorities have been trying to distance themselves from the Su-24 incident. In mid-December, Twitter accounts, believed to be linked to the AKP, published tweets placing the blame for the downing on the head of the Turkish Air Force.