Casting a Glance Back: Major Events in Russia in 2015 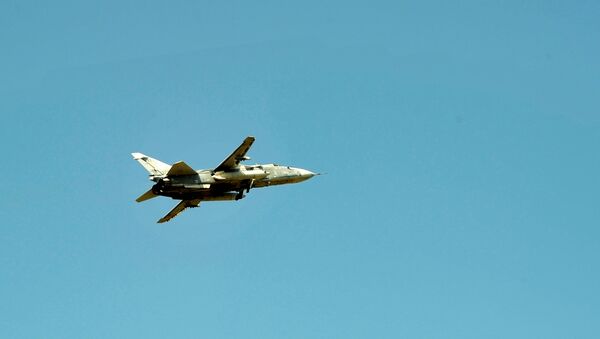 © Sputnik / Dmitriy Vinogradov
/
Go to the photo bank
Subscribe
The year 2015 for Russia has been marked by a number of key events, whose developments are likely to keep on holding the rapt attention of the public and determine next year’s agenda as well.

MOSCOW (Sputnik) — The front pages of Russian newspapers and websites in the outgoing year were emblazoned with news of economic challenges, sport scandals and high-profile criminal cases, among other dramatic and heart-rending stories.

On June 24, Russian President Vladimir Putin signed a decree authorizing the extension of counter-measures against the West for another year after the European Union extended its anti-Russia sanctions for six months.

Anti-Russian Sanctions Cost West Influence, Credibility, and $100 Billion
In 2014, Russia introduced a one-year import ban on selected food products from the European Union, the United States and their allies that had imposed sectoral economic sanctions on Russia, accusing it of interfering in the Ukrainian crisis. The list of banned products included meat, poultry, fish, seafood, dairy products, fruit and vegetables.

In July, Putin signed a decree authorizing the destruction of embargoed food products found in the country to increase the efficiency of the counter-measures.

This year, the sanctions regime was extended to Albania, Montenegro, Iceland, Liechtenstein. Earlier this month, Russian Prime Minister Dmitry Medvedev signed a directive to impose economic measures against Ukraine, including agricultural goods and raw material imports, as of January 1, in response to its joining the anti-Russia sanctions.

Following the downing of a Su-24 attack aircraft over Syria by Turkey in November, the Russian president signed a decree, due to take effect on January 1, 2016 introducing economic measures against Ankara.

The ban features a list of foodstuff and other agriculture imports from Turkey, including a wide range of fruit and vegetables, such as tomatoes, onions, cabbage, broccoli, cucumbers, oranges, mandarins, grapes, apples, pears, apricots, peaches, plums and strawberries. Salt, poultry products such as chicken and turkey, and fresh carnations also figure on the list.

Paying the Price: Turkey Shot Down Its Tourism Along With Russian Su-24
Russia signaled that the number of transport permits for Turkey would be slashed as well. The restrictions also target charter air travel in both directions. The Russian Transport Ministry has been instructed to boost security measures in regard to regular flights between the countries.

The decree included curbs on the employment of Turkish citizens by Russian employers, but the restrictions on work visas will not apply to certain construction companies with long-term contracts in Russia. Moscow has also suspended its visa-free travel arrangement with Turkey, effective from January 1, and has asked travel agencies in Russia to refrain from selling package tours to Turkey.

Russia used to be one of Turkey’s biggest sources of tourists, but following the Su-24 incident, Russian citizens have lost interest in visiting resorts in the country, a poll conducted by the Russian Public Opinion Research Center (VTsIOM) showed, with over 90 percent of respondents not planning to travel to Turkey on vacation.

In an effort to ensure Russians' security, Moscow imposed a ban on Russian flights to and from Egypt a week after the Russian-operated Kogalymavia airline Airbus A321 crashed on October 31, en route from the Egyptian resort of Sharm el-Sheikh to St. Petersburg, killing all 224 people on board.

Last year, the Russian currency lost 46 percent of its value compared to the rates in the summer of 2014, falling to 67.8 rubles to the dollar in December 2014, amid the continuing decrease in oil prices and the impact of the Western sanctions.

Russian Inflation in 2016 Will Slow to 6-7% From This Year's 13%
During the first half of the year, the ruble strengthened to the levels below 50 rubles per dollar thanks to the positive dynamics of oil prices and the Bank of Russia’s decision to make the largest single increase in interest rates since 1998, raising its key rate from 10.5 to 17 percent in December 2014.

In the second half of the year oil prices continued to tumble while the Central Bank commenced decreasing its key rate from emergency high levels, which together resulted in the national currency’s continued nosedive. The ruble ends the year at a rate of 71 rubles per dollar — a depreciation of 25-percent since the beginning of the year.

Late on February 27, Russian opposition politician Boris Nemtsov, a co-chair of the RPR-PARNAS political party and one of the leaders of the Solidarnost movement, was killed in Moscow.

According to the Russian Interior Ministry, Nemtsov was killed in the center of Moscow at 11:40 p.m. local time (20:40 GMT), when several shots were fired at him from a car.

Investigation Into Nemtsov’s Murder to Be Completed in January
After being informed about the incident, Putin announced that every effort would be made to bring those responsible for the "cowardly and cynical" murder of Nemtsov to justice, which he branded a "disgraceful chapter" in modern Russian history.

Five people were detained on suspicion of involvement in the murder and place under arrest a week after the tragedy — Ramzan Bakhayev, Tamerlan Eskerkhanov, Shagit and Anzor Gubashev and Zaur Dadayev.

In mid-December, the investigators said that Nemtsov’s murder was not linked to his political or social work, which challenged the previous assertion circulated in media that Nemtsov was allegedly murdered in revenge for his statement about the Charlie Hebdo anti-religious cartoons.

On December 29, the Russian Investigative Committee said that investigators plan to complete their probe into the Nemtsov murder in January 2016.

In 1991, Boris Nemtsov was appointed the governor of the Nizhny Novgorod Region. He was also a former deputy prime minister in the Russian government under President Boris Yeltsin.

Khodorkovsky Charged in Absentia in Murder, Attempted Murder
On December 12, former oil tycoon Mikhail Khodorkovsky was charged in absentia by the Basmanny District Court in Moscow with organizing the murder of Nefteyugansk Mayor Vladimir Petukhov in 1998. According to the Russian Investigative Committee, he was also charged with the attempted murder of Petukhov’s body guard Vyacheslav Kokoshkin as well as the attempted murder of the executive director of the East Petroleum Handelsgez company, Vyacheslav Rybin.

Later in December, the former head of the defunct Yukos oil company was placed under arrest in absentia and put on the international wanted list.

The businessman refused to cooperate with the Russian law enforcement agencies, stating that he was not willing to take part in another criminal trial against him in Russia. Khodorkovsky's spokeswoman announced that the businessman was considering applying for political asylum in a different country, while the Kremlin stressed that the case was purely criminal. On December 28, Khodorkovsky's state-appointed defense attorney appealed against the arrest.

First arrested on October 25, 2003, Khodorkovsky spent 10 years in prison for fraud and tax evasion before being pardoned. Following his release, he was issued a three-month Schengen visa by Switzerland, and later a residence permit.

The story of Varvara Karaulova, a second-year student in the prestigious Moscow State University philosophy department, was one of the most shocking for Russian society in 2015.

Moscow University Student Pleads Guilty to Trying to Join ISIL
Karaulova left for Istanbul in May without telling her parents. In early June, she was detained on the Turkish-Syrian border while traveling with a group of 14 Russians, allegedly recruited by Daesh (Islamic State) militants, and was deported to Moscow. According to her father, Pavel Karaulov, she tried to join the militants because she fell in love with a Daesh recruiter.

However, several months after being returned home and having changed her name to Alexandra Ivanova, she was accused of preparing another attempt to join Daesh. According to investigators, she admitted to resuming contact with Daesh recruiters and changed her name while getting ready for another trip to Syria. Her lawyers said Karaulova changed her name to start new life while her confessions were made under pressure.

In mid-September, the Russian Federal Security Service said that some 2,400 Russian citizens were involved in activities connected to IS extremists, including fighting alongside the group, which is outlawed in Russia.

One of the most high-profile international sports scandals this year directly affected the All-Russia Athletic Federation (ARAF). The story began in December 2014, when the German television channel, ARD, aired a documentary in which it was alleged that Russian athletes systematically used performance enhancing drugs. Following the broadcast, the World Anti-Doping Agency's (WADA) Independent Commission opened an investigation into the allegations.

On November 4, former International Association of Athletics Federations (IAAF) President Lamine Diack and his lawyer were arrested in France as part of an investigation into the use of performance enhancing drugs by Olympic athletes. Diack and his representative Habib Sisse are suspected of accepting bribes from the ARAF to conceal doping practices among Russian athletes.

On November 9, an independent WADA commission recommended that Russia be suspended from all athletic competitions until the country cleans up its act and complies with the global anti-doping code. The WADA commission report claimed that Russian Sports Minister Vitaly Mutko was aware of numerous cases of doping test being manipulated, and that the Russian Federal Security Service was complicit in the use of performance enhancing drugs by Russian athletes. Mutko has denied the accusations.

Russian President Putin ordered Mutko to conduct an internal investigation into alleged widespread doping practices among Russian athletes. The same day, Mutko stressed that Russia was ready to double-check all the facts and to follow all the WADA recommendations to fight doping problems in sport.

On November 14, Russia was provisionally suspended from track and field competitions by the IAAF over the recent doping accusations. Mutko told R-Sport that "there is still a chance for [Russians] to compete in the Olympic games" as the suspension "is temporary, we still need to fulfill a number of requirements in the coming months."

On November 19, the IAAF called on the ARAF to implement "a robust, transparent and efficient" anti-doping testing program as a precondition for lifting its provisional ban on the association, adding that there was no timeframe for a potential lifting of the suspension.

In September, the investigation into the killings of the last members of Russia's Romanov dynasty was resumed to check the authenticity of their alleged remains.

A year after the 1917 October Revolution, Nicholas II, his German-born wife Alexandra, their four daughters and one son were shot dead by Bolsheviks in the Ural city of Yekaterinburg.

In 1991, the remains of nine people were found near Yekaterinburg, where the royal family was shot in July 1918. The experts later concluded that the remains were the bodies of Nicolas II, his family members and servants. In 2007, the alleged remains of Tsarevich Alexei and Grand Duchess Maria of the Romanov family were found some 60 miles from the location where Nicolas' remains had been discovered.

An Imperial Mystery: Romanov Family Murder Case Reopened
As part of the ongoing probe, the investigators will try to identify whether the remains found in 2007, actually belong to the members of the royal family.

In order to confirm the authenticity of the remains through a comparative genetic analysis, the remains of Nicholas II and Empress Alexandra Fyodorovna were exhumed from their final resting place in the Peter and Paul Cathedral in St. Petersburg, blood samples of the grandfather of Nicholas II — of Emperor Alexander II, were taken from the stains on his uniform, exhibited in the Hermitage Museum, and the tomb of Russian Emperor Alexander III Romanov was opened to take necessary samples in the presence of representatives of the Russian Investigative Committee, the government and the Russian Orthodox Church.

Last week, the Russian government said in a statement that the remains of Prince Alexei and Princess Maria of the Romanov family will be transferred from the State Archives to the Russian Orthodox Church for the duration of the renewed investigation of their deaths during the Bolshevik revolution.

If the remains found in 2007 are confirmed to belong to Tsarevich Alexei and Grand Duchess Maria, they will be reburied alongside the rest of the Russian royal family members in the Peter and Paul Cathedral. According to State Archive Director Sergei Mironenko, this could happen in February 2016.