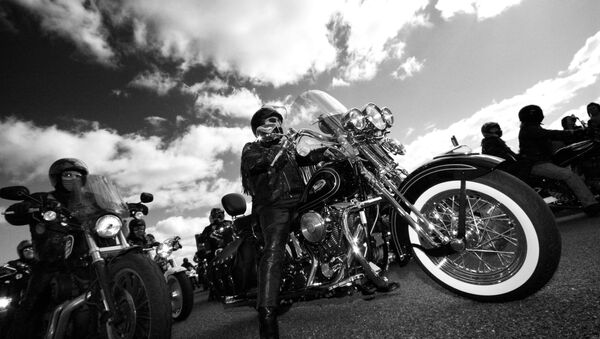 © Flickr / Phil Thomas
Subscribe
Images of Britain submerged under water have been seen across the world. Historic bridges have been destroyed, collapsing into swollen rivers. Villages have been split apart, inhabitants told to evacuate. And then the looting began.

Empty homes have been targeted by thieves capitalizing on England's environmental disaster.  Houses have been looted in York and Calderdale. The owners have lost everything.

In an attempt to deter further looting, flood victims turned to social media. Subsequently around 25 bikers decided to step in and stop any further looting.

"We saw people pose on Facebook that they were trying to deter looters. I thought who better to do that but 20-30 burly bikers," Dave Cariss of The Drifters Motorcycle Club told The Guardian.

​Cariss has been organizing nightly patrols by bikers from the surrounding area to keep an eye on empty homes and businesses and suggested that a group of men, some more than six feet tall and dressed in their leathers and hoodies would be an intimidating enough sight to stop thieves in their tracks.

​"We spread out and go wherever needed. The police understood what we were doing. We are not there to offer anything physical. We just show our faces," Lloyd Spencer, chairman of The Drifters Motorcycle Club told the newspaper.

"Obviously we are not vigilantes. A lot of us are quite big, chunky lads so that helps. We don't have to really say anything, just turn up," Spencer told The Guardian.

They may look like bikers — but motorcycles aren't built for saturated roads. Instead the groups of bikers patrol the streets on foot or in vans.

While residents in the Calderdale Valleys take the law into their own hands with the help of biker gangs, the boss of the UK's Environment Agency has come under fire for being on holiday in Barbados while rivers flooded their banks.

Sorry Sir Philip Dilley, but if you accept a job as UK's flood chief, you shouldn't really be on holiday in Barbados @ moment #where'sDilley

​And the misery is set to continue. Storm Frank already raging in Northern Ireland and Scotland is bringing fears of further flooding in northern England.