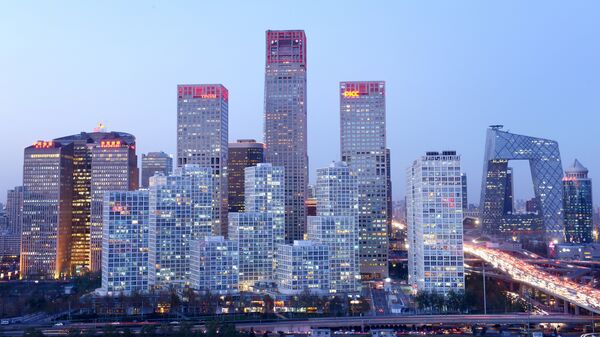 Another round of across-the-board devaluations might have started in emerging markets as the prospect of rising US borrowing costs and the slowdown in China are weighing on commodity prices, suggesting the next year will expose increased economic instability in many of the world's economies.

Economic Downturn Forces Erdogan to Look for New 'Rich Friends'
Kristian Rouz — Beijing's lowering of the renminbi FX rate weighed on international oil prices along with most commodity currencies, as mainland China, struggles for competitiveness of its exports amidst weakening industrial profits. Russia's ruble and Brazil's real extended losses after a brief stabilization, with the former erasing the positive effects of the hype surrounding a possible return to office of the liberal ex-finance minister Alexey Kudrin, and the latter posting a deteriorated carry trade outlook into 2016. While the outlook for oil remains bearish, US crude inventories are in focus, determining further movements of oil prices.

After Beijing lowered its official onshore renminbi exchange rate Wednesday, the discrepancy between the onshore renminbi and the freely-trading offshore renminbi widened, resulting in a subsequent offshore renminbi slide to its five-year lowest. Mainland China's economy is slowing, and Beijing is undertaking all efforts necessary to bolster the nation's industrial producers, including FX rate tools.

Last week, US industrial data showed crude oil inventories rising, which, coupled with the renminbi devaluation, caused oil prices to retreat to their 11-year lows. Crude bears have received negative signals on both the supply and demand side, resulting in a marred outlook into 2016 for energy markets.

"We'll keep on being moved by the oil price," Chihiro Ohta of the Tokyo-based SMBC Nikko Securities Inc. "We'll have to keep being aware of this for the first three months or the first half of next year as well."

During the outgoing year, the Bloomberg Commodity Index dropped 25%, mainly due to the slowdown of mainland China's economy, one of the world's biggest importers of raw materials, including oil and metals. Amidst the commodity gloom, Russia's ruble, Norway's krone and the South African rand all retreated against the US dollar by 0.8%, 0.4% and 0.8%, respectively. The outlook into 2016 on these currencies remains bearish, along with that on oil prices, unless economic growth in advance nations accelerates enough to make up for the shrinking demand for commodities in China.

In Brazil, the results of the 2015 carry trade were also a disappointment, further fueling investors' mistrust of emerging markets. Borrowing US dollars from the Federal Reserve and converting them into local currency, reals, brought international and domestic investors 22% losses on the average. The devaluation of the real, coupled with a recession and a junk credit rating, rendered Brazil's investment appeal significantly less. The carry trade in Korea and Mexico was an even greater frustration amidst the ongoing global ‘war' of currency devaluations in pursuit of competitiveness.

"I've seen many crises before, but can't remember such low confidence levels," Paulo Nepomuceno of the Sao Paulo-based Coinvalores CCVM said, describing the situation in Brazil's financial markets. His description, however, fits many other emerging markets as well.

"People don't have an idea of what is to come, so there is no way you can stick to your bets in the currency or domestic market. It will be a tough year," Nepomuceno noted.

While oil and other commodity fundamentals have not improved significantly, the currently low trading volumes in raw materials might trigger sharp fluctuation in prices early next year. As outlined in the recent address by IMF chair Christine Lagarde, rising borrowing costs in the US and a prolonged slowdown in mainland China are the biggest risks to global economy in 2016, bolstering vulnerability in economies exposed to international headwinds.