Pillar of Strength: Why Local Sunni Support Needed to Defeat Daesh in Iraq 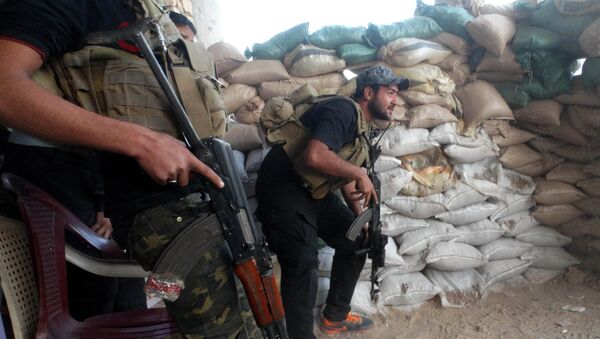 The future of northern Iraq depends on whether local Sunni populations genuinely want to get rid of Daesh (Islamic State) rule in the region and support forces fighting against the terror group, political analyst Navid Nasr told Radio Sputnik.

Northwestern Iraq has been the center of pro-Daesh sentiment in the country for many years, way before the terror group became known as Islamic State. After the overthrow of Saddam Hussein, these parts of Iraq were largely ignored and subsequently felt as if they were marginalized.

In turn, anti-government feelings festered and when Daesh first took over these territories they were seen as the "liberators" of the Iraqi Sunnis from their "oppressive" government, Nasr said.

Political elites and tribal elders in Daesh-occupied territories need to recognize that life under the rule of the terror group isn't what people want. This kind of realization is necessary to win over the hearts and minds of local Sunnis and is essential to defeat Daesh in Iraq. Without the support of local Sunnis the terror group would quickly lose its power, Nasr believes.

"It depends on the Sunni Arab populations of Northern Iraq, what happens next in the coming years… It comes down to what the population of that region actually wants," Nasr told Sputnik.

Iraqi Army Needs Sunnis, Kurds to Defeat Islamic State - White House
Nasr explained that if local Sunnis want the return of Daesh or something similar to it, then the world would have to brace for more trouble in the country. However, if the people of Iraq are tired of living under the reign of the jihadist group and they have truly realized that it would be much better to live under the governance of Iraq, only then extremism can be defeated.

On Monday, Iraq's Army announced that it had regained full control over the strategically important Anbar province's capital Ramadi.

The Iraqi army launched an anti-Daesh offensive across Anbar on December 22. The main aim of the offensive was to liberate Ramadi, which has been occupied by Daesh militants since May.

The liberation of Ramadi took a rather long time because the Iraqi government refused to use one of its most effective weapons — Shiite militias, instead relying solely on the Iraqi Army and US airstrikes.

The reason why Shiite militias weren't used to push Daesh out of Ramadi was to avoid sectarian tensions in the predominantly Sunni region by bringing in Shiite fighters. According to Nasr, the Iraqi government feared that if Shiite militias were sent to fight Daesh in Ramadi, local Sunnis would end up siding with Daesh.

In other words, to effectively crush Daesh it's essential that Sunnis are not siding with the terror group. Until that happens, things aren't going to change in Iraq, and most parts of the Middle East to some extent, Nasr said, adding that the liberation of Ramadi doesn't really mean anything in the grand scale of things.