US Can Preserve Internet Free Speech Against Fears of Terrorism 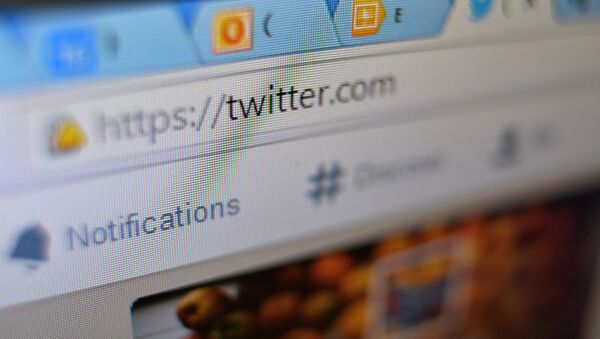 © Sputnik / Alexandr Kryazhev
/
Go to the mediabank
Subscribe
International
India
Africa
US scholars claim that the United States can preserve freedom of speech and prevent terrorists from using the Internet for recruiting without further endangering traditional rights and safeguards that are already under attack.

WASHINGTON (Sputnik) — The United States can preserve freedom of speech and prevent terrorists from using the Internet for recruiting without further endangering traditional rights and safeguards that are already under attack, US scholars told Sputnik.

"We already have a justice system that has substantially undermined the precept that there needs to be a ‘clear and present danger’ before freedom of speech can be curbed," New York University Professor Arun Kundnani said on Monday.

Kundnani, author of "The Muslims are Coming! Islamophobia, Extremism, and the Domestic War on Terror," challenged the widely-held assumption that terrorists were radicalized by what they read online.

"The current debate on radical speech assumes that people become terrorists mainly because of exposure to jihadist material online that ‘radicalizes’ them… Yet, there is little evidence that people are actually turned into terrorists in this way," Kundnani argued.

For at least ten years, Kundnani noted "so-called terrorism experts" have been arguing that this is the case and the term "radicalization" has become common in US news and legal vocabulary.

World
Terrorists Increasingly Use Internet for Propaganda in Central Asia
But in reality, "How someone ends up becoming a terrorist is a more complex process and the role of ideological material has been overstated. The benefits of restricting the circulation of such material are therefore exaggerated… The present legal standard is one that should be preserved," Kundnani stated.

Professor Emeritus of International Law at Ohio State University, John Quigley agreed that the US political and legal systems were tilting too far in the direction of repression and endangering the practice of free speech.

"I do not think it appropriate for the government to try to suppress ideas," Quigley insisted. "So long as speech falls short of presenting a ‘clear and present danger,’ it should be tolerated, even if the ideas conveyed might lead some persons to engage in unlawful acts."

However, Professor Kundnani warned that new legal precedents were already being established to reduce freedom of speech, especially online.

"Tarek Mehanna, a US citizen from Boston, was sentenced in 2012 to 17 and-a-half years in prison for translating radical texts online," he recalled.

Also, the 2010 US Supreme Court decision in "Holder v. Humanitarian Law Project" found that expressive activity could count as material support for terrorism if it was coordinated with, or under the direction of a terrorist group, Kundnani explained.

In the 1969 landmark decision in the Brandenburg v. Ohio case, the US Supreme Court had protected the expressive activity of a terrorist group — the Ku Klux Klan — because it fell short of being a "clear and present danger," Kundnani noted.