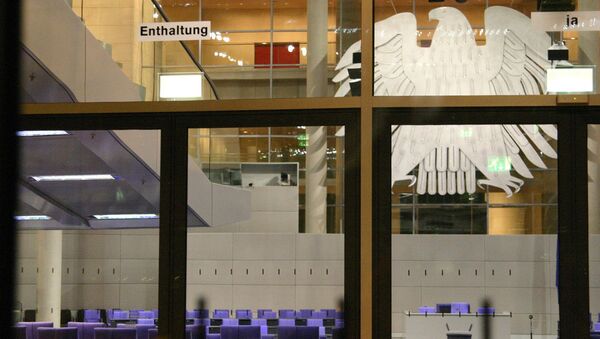 MOSCOW (Sputnik), Alexander Mosesov — On Sunday, media reported that NATO would place the Boeing E-3 Sentry aircraft as part of its air defense package to Turkey amid the Syrian crisis. The deployment will be carried out by the country’s armed forces. The German government says the deployment only has to do with surveillance operations and the parliament will not be consulted on the issue.

"The Left party will officially protest against this decision of sending troops without consulting the parliament," Alexander Neu said.

German Bundestag Displeased With NATO Plans to Send Aircraft to Turkey
Neu also added that the country's political elite "is eager to make Germany a big player [in the Middle East] by military means."

Earlier in the day, German lawmakers criticized the government for the decision, saying that Bundestag should be immediately informed of the details.

On December 18, NATO agreed to provide Ankara with an air defense package that will include AWACS surveillance planes, enhanced air policing, and increased naval presence amid the ongoing conflict in Syria.