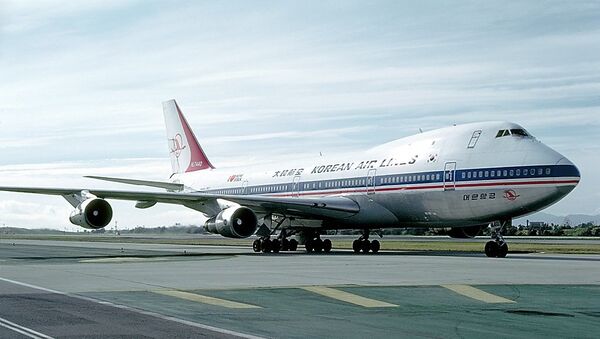 Japan's Foreign Ministry has declassified diplomatic documents proving that the shooting down of the Korean Air Boeing-747 by the USSR was an accident, not an act of intentional "barbarism" as Washington tried to convince the international community for decades.

On September 1, 1983 the Soviet Union shot down Korean Air Lines Flight 007 over the Sakhalin Island while it was en route from New York to Seoul via Anchorage, Alaska; the catastrophe claimed the lives of 269 passengers and crew on board.

"Make no mistake about it, this attack was not just against ourselves or the Republic of Korea. This was the Soviet Union against the world and the moral precepts which guide human relations among people everywhere. It was an act of barbarism born of a society which wantonly disregards individual rights and the value of human life and seeks constantly to expand and dominate other nations," then US President Ronald Reagan said in a televised speech following the downing of the Korean airliner.

So, was it really an act of hostility committed by the "evil empire" as Reagan used to call the Soviet Union?

Slice and Dice: NATO Planning to Destroy Russia Since 1949
The de-classified diplomatic documents released recently by Japan's Foreign Minister confirm that the passenger aircraft was downed by mistake, something that Washington knew perfectly well.

Two months after the incident Tokyo diplomats were confidentially informed by the Reagan administration's top officials that the USSR had confused the Korean Air Lines Flight 007 with a US RC-135 surveillance plane and shot down the passenger plane quite by accident.

The US planned to find the black boxes of the passenger aircraft but was outstripped by the USSR who detected the boxes first. All the data deciphered by the USSR after the catastrophe was handed over to South Korea in 1992 by Russian President Boris Yeltsin.

The International Civil Aviation Organization conducted an investigation into the case and concluded that the ill-fated passenger plane had deviated from its initial course due to the Korean pilots' mistake and then erroneously intruded into Soviet airspace. 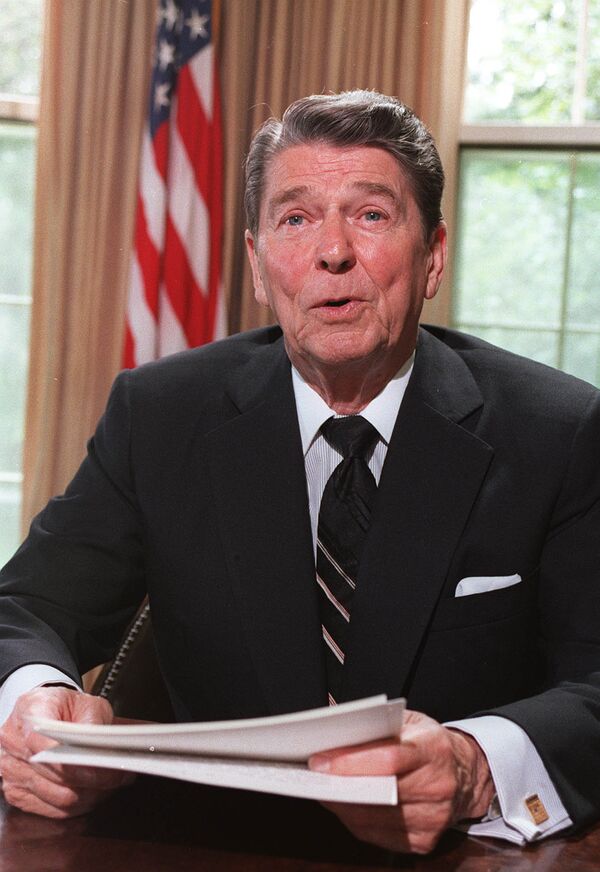 US President Ronald Reagan poses for photographers 24 June 1986 in the Oval Office at the White House, Washington,DC
© AFP 2022 / MIKE SARGENT

To complicate matters further, the airliner did not respond to warnings and ignored the attempts of the Soviet Sukhoi Su-15 fighter jets to escort it out of the USSR's airspace.

"Here, then, is the accident that could have put KE007 off course, unknown to its crew, from the first few minutes of its last flight. The pilot, having turned the rotary switch on the control panel to set the autopilot on a heading mode of 246 degrees magnetic toward Cairn Mountain, could have failed to recouple the autopilot to the INS [inertial navigation system]," Australian journalist Murray Sayle wrote in his essay "KE007 A Conspiracy of Circumstance" in 1985.

Post WW2 World Order: US Planned to Wipe USSR Out by Massive Nuclear Strike
It should be noted that during his flight the plane was heading into the USSR's restricted military strategic zone and given the aircrafts' strange "behavior" the Soviets decided that it was an American spy plane seeking sensitive information.

It was too dark and it was virtually impossible for the Soviet Su-15 to identify the aircraft visually.

"On a magnetic compass heading of 246 degrees KE007 was headed virtually straight for the Soviet naval base at Petropavlovsk on the Kamchatka Peninsula, where, according to Dallin, "something like ninety Soviet nuclear-powered submarines are based, including apparently twenty-nine missile-carrying submarines," Sayle continued, quoting Alexander Dallin, an American historian of the Soviet Union.

After a series of fruitless maneuvers aimed at intercepting the intruder, the Soviet pilots were ordered to shoot the suspected surveillance plane down, since the aircraft was seemingly going to leave Soviet airspace having obtained highly secretive data.

Washington decided to use the tragic accident it to its own advantage. The Pentagon had apparently intercepted the radio communications between the Su-15 and the Soviet military base. Washington's officials admitted that there was an intelligence operation conducted by the US near the Soviet installations on Sakhalin on the night of the incident, according to Sayle.

This episode of the Soviet history has long been used by Washington as proof of the "substantial threat" of the Soviet system to humanity. However, the truth has been finally brought to light: the US government knew it was an accident, but continued to lie for decades that the Soviet Union downed the passenger plane intentionally.