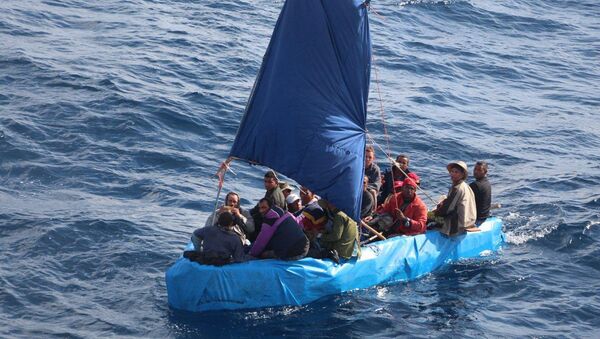 Pope Francis has urged Central American countries to step up their efforts in resolving the Cuban migrant influx across the region, media reported on Sunday.

MOSCOW (Sputnik) — Thousands of Cuban migrants bound for the United States became stranded at the border between Costa Rica and Nicaragua, with Nicaragua refusing entry since November. As many as 5,000 Cubans remain stranded at the Nicaraguan border in December, local media reported. Nicaragua’s Deputy Foreign Affairs Minister Dennis Moncada has called on the United States to airlift the migrants to US soil.

"I invite the countries of the region to renew with generosity all necessary efforts in order to find a rapid solution to this humanitarian drama," Pope Francis said at the Vatican's St Peter's Square, according the BBC.

Speaking ahead of his February visit to Mexico, the Pope stressed that many Cuban migrants have fallen prey to human traffickers.

Migration is set to be the main theme of Pope Francis' six-day trip of Mexico. Ciudad Juarez, a Mexican city on the border with the United States was listed among the trip's four stops. The city is one of the main entry points into the United States in northern Mexico.

Cuban immigration bound for the United States soared in 2015, following a thaw in US-Cuban relations initiated last year. Over 43,000 Cubans arrived in the United States this year, almost double the amount arriving in 2014, according to the US Customs and Border Protection agency.