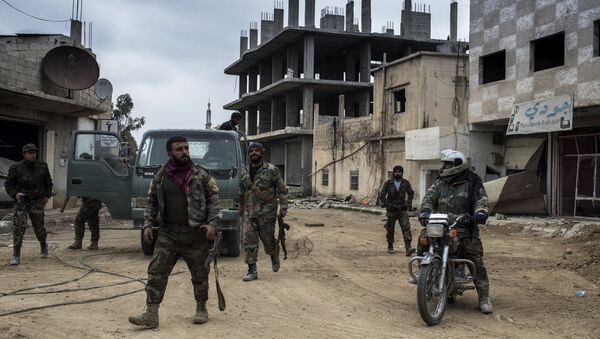 The Syrian army has reportedly managed to regain control of several strategic regions from militants in the country's northwestern province of Latakia.

Syrian Army Confirms Death of Terrorist Leader Zahran Alloush in Airstrike
Several strategic regions in Syria's northwestern province of Latakia have been liberated by the country's army in the course of its massive advances this week, according to the Iranian news agency FARS.

On Friday, the Syrian forces captured Ketf Al-Harami after their recent seizure of Jabal al-Nuba (al-Nuba Mountain), also winning back Talet Al-Awda in the countryside of Latakia, sources said.

Additionally, the army launched an offensive on the Talet Ghazaleh region of the province, where dozens of militants were killed and many more wounded in the fighting. 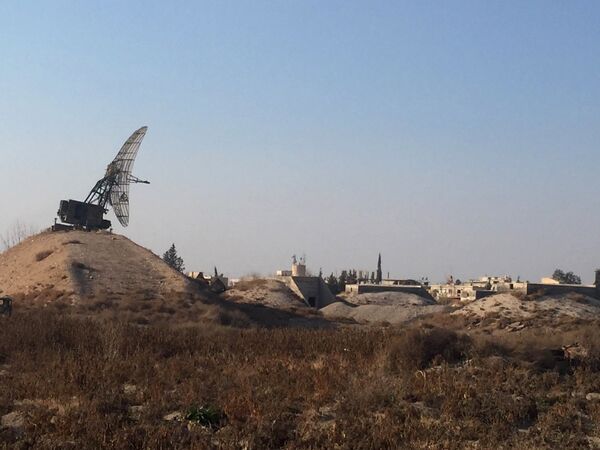 In another development on Friday, Syrian troops seized control of strategic hilltops which had been captured earlier by militant extremist fighters in Latakia.

In particular, the army and the National Defense Forces liberated the Jabal al-Naom heights in the northern countryside of the province. The operation reportedly lasted just 12 hours, with many militants fleeing to the nearby towns of Salmi and Rabia.

Russian Defence Ministry summed up results of operation in #Syria in 2015 https://t.co/ZfLhzlZ6Qi pic.twitter.com/7tj3X7RCPg

The army's military gains in Latakia, and an array of other provinces, including Aleppo, were  supported by Russia's ongoing air campaign.

It was launched on September 30, when more than fifty Russian warplanes, including the Su-24M, the Su-25 and the Su-34, commenced precision airstrikes on Islamic State targets in Syria at the behest of Syrian President Bashar Assad.

Supply Cut Off: Syrian Army Cuts Damascus Smuggling Route
On Friday, Russian Defense Ministry officials said that Russian fighter jets had made a total of 5,240 sorties since the start of the air operation against Daesh militants in Syria.

The officials added that 145 of those sorties had only been carried out by long-range bombers, and that the Russian warplanes  made 189 sorties on Thursday alone.