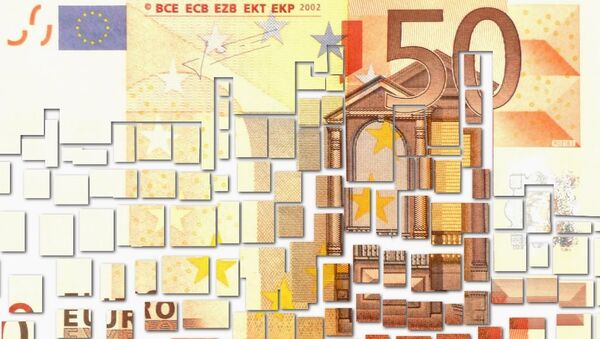 New EU plans to share the responsibility of European banks across the union are causing disquiet in Germany, where thrifty savers fear becoming responsible for the debts of lenders across the EU.

Fresh from bailing out Greek banks, savers in Germany are worried at the prospect of becoming responsible for the debts of financial institutions across the EU, if an EU Commission proposal to impose a European system to guarantee the safety of bank deposits becomes law.

Currently, European member states have their own independent deposit insurance systems; savers in countries with stronger banking systems like Germany generally have little to fear from a banking crisis, while in others, such as Greece, account holders began to withdraw money when difficulties stemming from political crisis talks led to a loss of confidence in bank deposits.

Under the new proposal, from 2017 current national deposit guarantee schemes would be gradually re-insured under the European Deposit Insurance Scheme (EDIS), which is slated to be paid for by all member states. It will cover deposits of up to 100,000 Euros in any bank in any member state that takes deposits, and pay out if a European bank fails.

World
On Blitzen! German Plane Refuels Daesh-Bound Bombers on Christmas Eve
The plan is the final element of the foundation for the EU's Banking Union, which envisages a deeper integration of EU Member States in the hopes of averting financial crises like that of 2008, from which the Eurozone has still not fully recovered.

"The German deposit protection pots are the largest, because 3.4 billion euros is lying in the accounts of households and enterprises," wrote FAZ.

Polish President Concerned Over Germany's Support of Nord Stream 2 Pipeline
On Monday, Bundesbank President Andreas Dombret told Handelsblatt that European banks are not ready for the EDIS plan, which the EU wants implemented fully by 2024.

"The essential requirements for this European project have in fact not been met yet," said Dombret, who named divergent national legal frameworks and the heavy dependence of some banks on government securities as some of the obstacles to the proposal.

"A common deposit insurance [plan] could lead to sovereign debt in fact becoming communal, and therefore the introduction of Eurobonds through the back door."

Dombret echoed concerns already articulated by German Finance Minister Wolfgang Schauble, who last month asked the Bundestag, "and what happens when one country takes the opportunity to borrow at the risk of others, which we have already experienced in the Eurozone?"