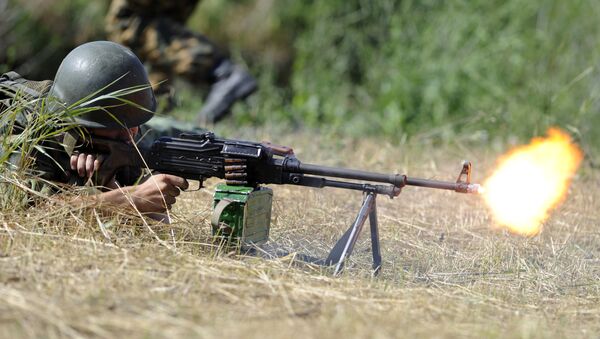 © Sputnik / Alexey Filippov
/
Go to the photo bank
Subscribe
According to press service, more than 400 servicemen of the mechanized infantry of Russia’s Southern Military District are practicing firing from different types of armaments.

Some 30 units of equipment will be used during the exercises. More than 100 moving and static targets will be used in the shooting ranges to recreate a real combat situation.

According to the Russian Defense Ministry, Russia will hold at least 4,000 military drills throughout 2015.