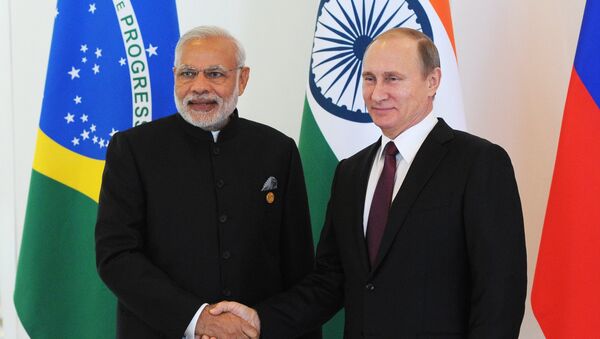 “Upon the invitation of Russian President Vladimir Putin, Indian Prime Minister Narendra Modi will make an official visit to Russia December 23-24, 2015,” the Kremlin’s press service said in a statement.

Putin and Modi are expected to discuss a wide range of economic and energy issues.

“Particular attention will be given to the completion of large projects in the nuclear energy, oil, and gas spheres, as well as in the issues of transportation, industrial cooperation, and military technical cooperation,” the press statement reads.

India’s Foreign Secretary said earlier on Tuesday that India was interested in deepening its energy cooperation with Russia.

Russia and India have enjoyed mutually beneficial strategic relations, especially in the field of defense and military cooperation, since the 1960s. Russia is among India’s foremost weapons suppliers. Over two-thirds of the Indian Army, Air Force and Navy military equipment is Russian- or Soviet-made.