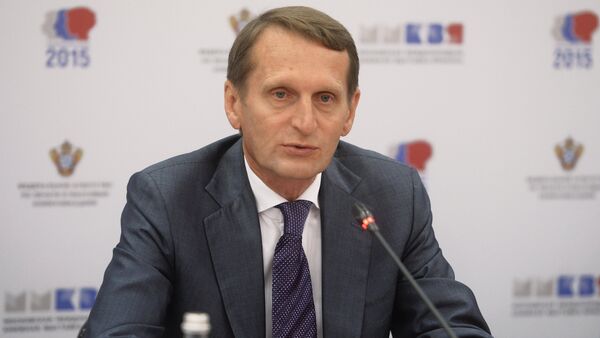 The anti-Russia sanctions are humiliating and illogical for Europe, the speaker of Russia's lower house, the State Duma said Monday.

Montenegro Imposes Sanctions Against Crimea
MOSCOW (Sputnik) — Last week, a source close to the EU leadership told RIA Novosti that the Committee of Permanent Representatives in the European Union has decided to extend sanctions against Russia for another six months.

"Brussels’ approaches (as well as those of Washington which supervises this whole project) towards a modern Russia are among its strategic miscalculations. The idea of speaking to us in a language of illegal sanctions is illogical and humiliating for the European diplomacy," Naryshkin said in an article in the Izvesitya newspaper.

According to the official, the sanctions are implemented and extended on behalf of the people without asking them.

Both the 28-member bloc and the United States imposed several rounds of sanctions against Russian banking, defense and energy sectors starting April 2014. The measures were imposed following the reunification of Crimea with Russia in 2014 and the escalation of the Ukrainian crisis.