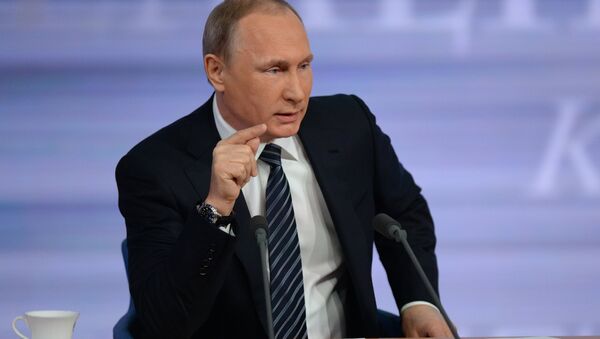 © Sputnik / Grigoriy Sisoev
/
Go to the photo bank
Subscribe
Though the geopolitical struggle cannot be avoided, it should be civilized, Russian President Vladimir Putin said in a documentary aired Sunday.

"It is essential for future development to build relations of the so-called geopolitical struggle. The fight is inevitable and it is normal. It is only necessary to conduct it in compliance with the civilized rules," Putin stated in the film by Russian TV presenter Vladimir Solovyov that was broadcast on Rossiya-1 television channel.

Following the reunification of Crimea with Russia in 2014 and the escalation of the Ukrainian crisis later that year, Russia's relations with the West began experiencing heightened geopolitical tensions. The United States, the European Union and their allies accused Moscow of interfering in Ukraine's internal affairs, the allegations that Russia has repeatedly denied.

000000
Popular comments
The US likes to write a new rule book everyday so it can do what it wants and then criticise anyone else it pleases.