Russia May Maintain Temporary Military Base in Syria - Putin 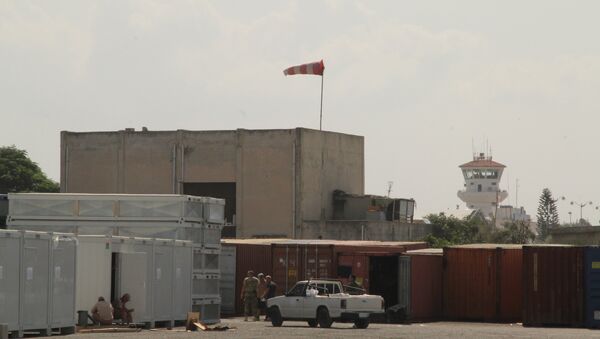 "There could be a temporary base – it is possible. But putting down roots there, in my opinion, will not be necessary," the Russian president said, speaking during his annual press conference on Thursday.

Putin added that "if it's necessary to get our hands on someone, we'll do it."

Meanwhile, the Russian Aerospace Forces will continue launching airstrikes against the Islamic State (Daesh or IS) in Syria as long as the Syrian operation on the ground continues, President Vladimir Putin said.

"We shall continue launching airstrikes and supporting the offensive attacks of the Syrian army as long as the Syrian army carries out these operations," Putin said during his annual press conference, adding that the Russian forces operating in Syria could be withdrawn in two days.

On the first day of Russia’s military operations in Syria, President Putin said that the Russian aerospace forces would provide air support to the Syrian army, ruling out ground operations. He stressed the campaign’s timeframe would be limited to that of the Syrian army’s offensive.

President Putin expressed doubt that the country needed to maintain a military base in Syria, adding a temporary basing point might do the job.

"A temporary basing point is possible. In my opinion, there is no need to deepen roots there, get into that situation," he explained.

Since September 30, Russia has been conducting precision airstrikes against Islamist militants in Syria from the Hmeimim air base in Latakia at the request of President Assad. Its main focus is Islamic State, a violent terrorist group outlawed in Russia.

As of Tuesday, Russian jets had performed over 4,200 sorties since the start of the air campaign, the military said. More than 300 Islamist militants and scores of armored vehicles were destroyed on Wednesday alone.