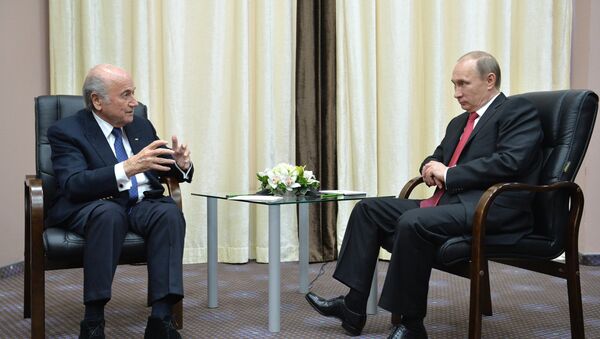 "As for Joseph Blatter, he is a very respected man. He has done a lot for the development of international football. You know, his contribution in the humanitarian sphere in the world is enormous. He always used or tried using football not just as a sport, but as an element of cooperation between countries and peoples. This is who should be given the Nobel Peace Prize," Putin said at an annual press conference.