US Army Sgt. Bergdahl, Facing Court Martial for Desertion, to Be Arraigned 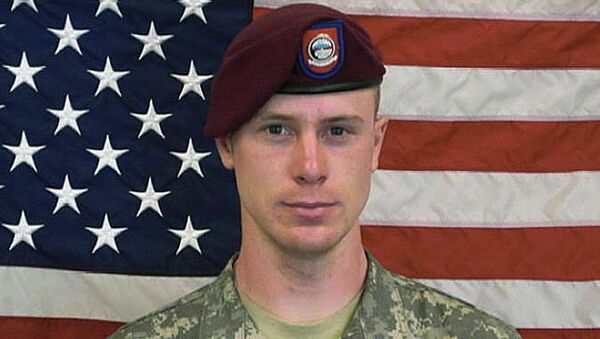 © AP Photo / US Army
Subscribe
Army Sergeant Bowe Bergdahl, facing a court martial for leaving his post and being captured by the Taliban, will be arraigned at Fort Bragg on December 22. He is charged with desertion and misbehavior before the enemy.

The popular podcast “Serial” has released its second episode of the season, focusing on his story in a second installment.

Bergdahl, an Idaho native, walked away from his unit in Afghanistan in 2009 and was captured and imprisoned for five years before being released in a prisoner swap that angered many last year.

In the first episode of Serial’s second season, interviews with Bergdahl were played from the period shortly after he returned home, including never-before-heard details of the case. Thursday’s episode featured reporting from Yousafzai, an Afghan-based reporter who had been hired to investigate the circumstances surrounding Bergdahl’s capture.

The podcast detailed how Bergdahl had reportedly put up a fight when captured, and that his captors had to move him often and treat him as a “guest,” so that he would not be killed.

Bergdahl told of how he made attempts to escape during his first week of capture, but that he was unsuccessful.

“Doesn’t matter how many Kung Fu movies you watch, doesn’t matter how long you’re a martial art fighter or whatever, you have to be realistic when you’re facing those type of people, you know,” he said. “You know, these people do things: They have no hesitation, no problem, killing you. They will kill you just for the amusement of being able to shoot you.”

Bergdahl also described how he had explained to the Taliban why he left his post.

“That came out more or less in a version that was more suitable for the situation. I told them I basically was fed up with the commanders. You have to remember this is kind of going through, this is being filtered, to the point that, you know, I’m trying to get guys who barely speak English to understand what I’m saying,” Bergdahl said. “So the story was basically along the lines of, I told them I stood up to American commanders because they were… disrespectful, but that didn’t work because they didn’t understand what ‘disrespectful’ was, so I said ‘rude,’ and they seemed to understood what ‘rude’ was for some strange reason.”

Bergdahl has stated that he is unlikely to accept a plea deal, as it would not give him the opportunity to explain himself in court.