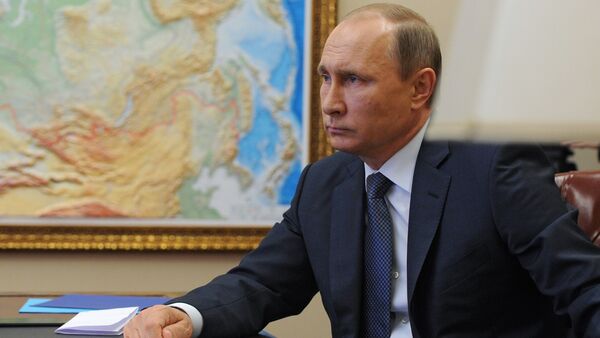 While Russia's uncompromising president is adored at home, he troubles the West mostly for his unwillingness to blindly follow the western “democratic dogma” and his decisiveness in reviving Russia, according to the French daily L’Expression.

The breakup of the Soviet Union in the early 1990s became a disaster for Russia and the former Soviet republics. Back then the country was in a painful political, economic and social crisis and had reached rock bottom.

“The country was led by an alcoholic, “some Boris Yeltsin”, who put the country at the mercy of a bunch of oligarchs,” the newspaper says.

“Russian Jew Boris Berezovsky led Yeltsin by the nose and intervened in all the political decisions, Gusinsky (former Russian media tycoon) ruled the media, Smolensky (former head of a large Russian bank, who, due to his wealth, youth and oligarch father, has been dubbed in the media as “baby oligarch”) ruled the economy.”

Who is Putin? Italian TV Reveals the Other Side of Russia's President
And Putin, previously unknown to this group of oligarchs, arose from this “atmosphere of disaster and oblivion,” restoring faith in the future to people suffering from famine, and in so doing returning the country to the world stage.

The widely promoted image of a masculine ex-KGB agent, first-class judo player, a “Moscow Rambo” personifies the revival of Russia as it left behind its humiliation in the 1990s.

“Uncompromising, he denounced the military intervention of NATO outside the mandate of the United Nations.  He reminded that the UN Charter is the only mechanism of making the decisions on the use of force as a last resort and that unilateral action, often illegitimate, is not a solution to any problem," the newspaper says.

“While Americans can’t resolve the Syrian crisis, and the French are torn between the desires of Laurent Fabius, Foreign Ministers, obsessed with the ousting of Bashar Al Assad and those of President François Hollande, who wants to reverse the French military strategy in Syria, the new czar of the Holy Russia dictates its law.”

How Putin's Credo Helps Russia Fight Daesh
Russia’s determination in Crimea is only worth of respect.

“Putin has committed a major sin: he deviated from the Western democratic dogma. But this democracy of the West, does it really suit such a country as Russia?” the outlet questions.

“Putin broke away from the herd, refusing to be a sheep of Panurge (“mouton de Panurge” in French, which describes an individual that blindly follows others regardless of the consequences) and denounced the crisis in Syria,” the newspaper finally stated.