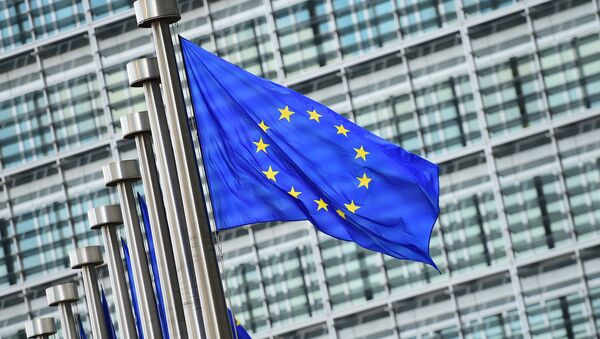 The Polish and Lithuanian foreign ministers accused the European Commission of excessive rapprochement with Russia despite alleged problems with the implementation of the Minsk agreement, in a letter to senior EU officials.

"We are surprised and concerned about the recent signals sent to the Russian Federation, which provide an overly optimistic perspective and send a positive message without references to the conditions."

Poland to Start Diplomatic Row With Germany Over 1997 NATO-Russia Agreement
The letter is dated December 11 and addressed to the European Union's Trade Commissioner Cecilia Malmstrom and High Representative for Foreign Affairs Federica Mogherini.

"The future course of our relations will be determined by Russia’s domestic and foreign policy, which so far shows no signs of the necessary changes," the two foreign ministers warned in the letter.

Relations between Russia and the European Union deteriorated in 2014 after Brussels and Washington accused Moscow of involvement in the Ukrainian crisis. A range of sectoral sanctions were imposed on the Russian economy. Moscow has denied any involvement the Ukrainian civil war.

The EU economic sanctions against Russia are due to expire on January 31.

A week ago, Italian Prime Minister Matteo Renzi called on the EU member states to debate the matter rather than automatically prolong the sanctions for another six months.

Other EU politicians, such as Belgian Foreign Minister Didier Reynders and Luxembourg's Prime Minister Xavier Bettel, stressed the need to review the Minsk protocol implementation in Ukraine before making a decision on the sanctions.