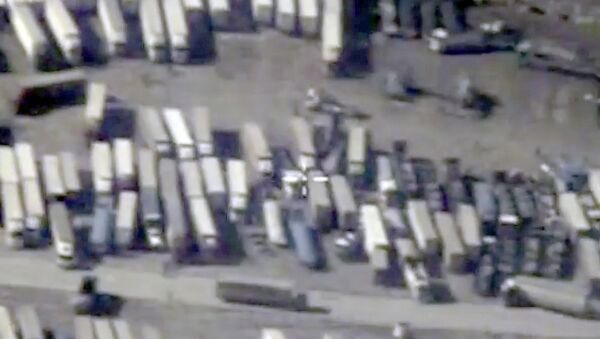 "Since the start of the air campaign, Russian aircraft have destroyed over 1,200 such trucks," Lt. Gen. Sergey Rudskoy, chief of the Main Operational Directorate of the General Staff of the Russian Armed Forces, said in a statement.

"The Russian airstrikes continue to focus on destroying sources of illegal revenue for terrorists in Syria," Rudskoy stressed.

According to him, six illegal oilfields controlled by terrorists, as well as seven columns of fuel trucks carrying oil products have been destroyed over the past three days.

"Over the past few weeks, the intensity of [Russian] strikes on targets of Daesh and other terrorist groups has been increased. Russian aviation continued to give priority to undermining the terrorists' sources of income in Syria."