Russia's Interests in Latin America Not to Clash With US Aims 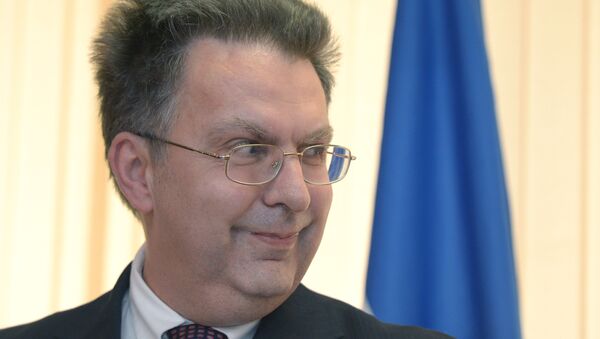 © Sputnik / Yevgeny Biyatov
/
Go to the photo bank
Subscribe
Russia's aims in Latin America are not expected to rival those of the United States.

Latin American TPP States Interested in Eurasian Economic Union
According to Shchetinin, Russia's cooperation with Latin American countries is absolutely pragmatic and mutually beneficial; Russia is prepared to cooperate with all political forces in the region.

The recent normalization of Cuban-US relations also does not imply rivalry between the United States and Russia, the diplomat asserted. "The normalization process… does not cast doubt on the Cuban leadership's aspirations to develop contacts with Russia," he said.

000000
Popular comments
The U.S. government will see any Russian involvement in South America as a competition. Russia is doing the right thing by making this statement of non-rivalry, keep the peace while building inroads. Smart move.