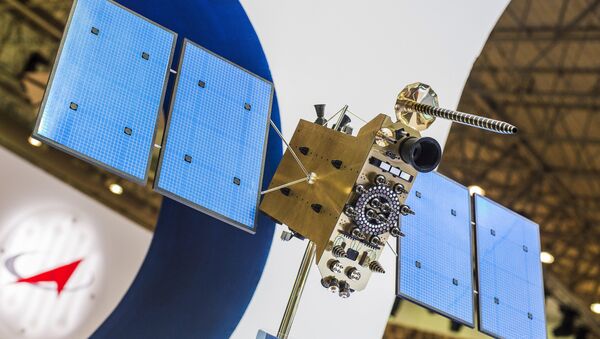 "We are in the final stages of creating joint ventures with Norinco, China’s analogue of Russia’s Rostec [state technologies corporation]… Russian and Chinese prime ministers are expected at the final agreement signing in December," Alexander Gurko told RIA Novosti.

The Bei-Dou-GLONASS-GPS device will operate under the "BG-Star" brand on Russian and Chinese markets, with plans to expand further, Gurko said.

One of the ventures is expected to develop the chip set at Russia's Skolkovo Innovation Center, the other based in China and involved in manufacturing and sales, according to the GLONASS Union president.

"This device is not for smartphones and not for high-precision positioning systems. It is intended for telematic terminals…in other words to navigate multipurpose transportation," Gurko specified.

"China is interested in using Russian experience in establishing emergency response systems because we have surpassed our European partner’s eCall systems, which will be put into operation only in 2018."

The GLONASS Union chief added that all new vehicles entering the Customs Union would be required to be fitted with the new device starting in 2017.

Gurko projected plans to incorporate the European navigation system Galileo. He said talks were underway with Indian and other space agencies on localizing telematics terminals for the Indian market. Markets in the United Arab Emirates, Brazil and Cambodia are under consideration, as well as agreements with Iran.

000000
Popular comments
Russia has certain strengths as does China. To create a multi polar world top countries have to learn to cooperate with one another rather than compete. There is an inherent distrust which I guess is perfectly natural, but for the world to advance to the next step, which breaking free from fiat currency/debt slavery this cooperation needs to happen. As powerful as Russia and China both are, no one nation can stand alone, much less defeat the Empire.
ConcernedCitizen
14 December 2015, 17:24 GMT
000000
I look forward to seeing more technical collaborations between Russia and China. This can only be beneficial, both for both countries and the rest of the planet.