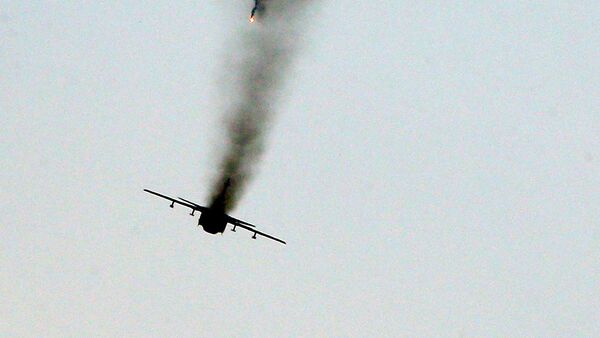 Turkey has consistently insisted on the need to engage in constructive dialogue to reduce tensions between the two countries. However, the Turkish government has not yet made any practical steps in this direction, Russian Ambassador to Turkey Andrei Karlov said.

According to the diplomat, Turkey should apologize for the attack on the Russian Su-24 aircraft, which resulted in the death of two Russian servicemen. The Turkish authorities are also expected to find and punish those responsible for the incident as well as pay damage compensation to the Russian side.

"If our expectations are not met, Turkey's other announcements will not pay off," the ambassador said, cited by the newspaper.

According to Karlov, Ankara has repeatedly expressed its readiness to engage in dialogue, but at the same time made statements that contradict the announced approach.

The diplomat also claimed that one of the Su-24's pilots was killed by Turkish citizen Alparslan Çelik after he ejected himself from the aircraft.

Turkey Expects 'Positive Signals' From Russia Amid Strained Relations
Relations between Moscow and Ankara deteriorated after a Turkish jet brought down a Russian Su-24 aircraft over Syria in November. Turkey claimed that it downed the Russian aircraft because it had violated Turkish airspace. Both the Russian General Staff and the Syrian Air Defense Command confirmed that the Russian bomber never entered Turkish airspace.

The attack led to the death of one of the two pilots while he was trying to land with a parachute. The other pilot was rescued with the help of the Syrian special forces and was transported to a Russian base in Syria.