Iran Will Export Oil Even With Prices Below $30 Per Barrel 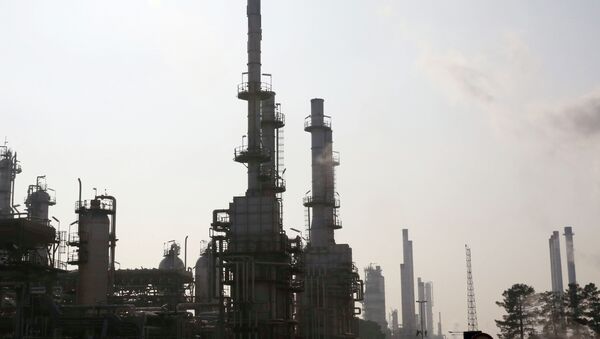 After its return to the market, Iran will be able to export oil even if prices fall below $30 per barrel, Oil Minister Bijan Zangeneh said Sunday.

MOSCOW (Sputnik) — His statement came in wake of global oil prices' continuous decline since mid-2014, triggered by oversupply and fears over Iran's return to oil market after sanctions' relief.

"Even if oil prices fall below $30 per barrel, it will not stop Iran's oil industry," the minister told the Mehr News Agency in an interview.

Iran's Increase in Oil Exports Will Affect Global Demand
According to Zangeneh, Iran independently decides on its oil production and exports. The minister claimed that daily oil production in Iran would reach one million barrels in a few months after financial and trade sanctions against Tehran are lifted.

On July 14, Tehran and six world powers, namely Russia, the United States, China, the United Kingdom, France and Germany, signed a nuclear deal, according to which Iran is expected to guarantee the peaceful nature of its nuclear activities in exchange for the lifting of sanctions.

In November, Head of Atomic Energy Organization Ali Akbar Salehi said Iran had begun reducing the number of centrifuges in the country in order to fulfill its nuclear deal commitments.