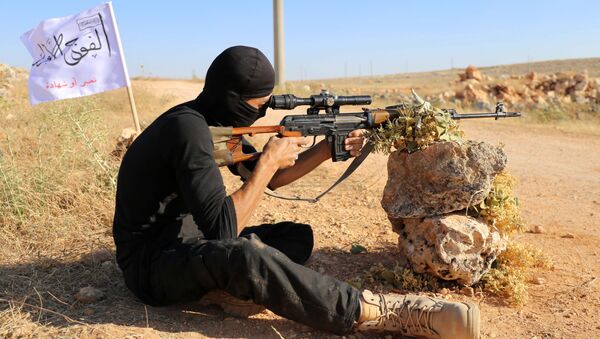 "I would like to note especially that the work of our aviation has aided in the unification of forces from the government forces as well as from the Free Syrian Army. Now several of its units of some 5,000 individuals, along with the regular forces, are carrying out offensive actions against terrorists in the provinces of Homs, Hama, Aleppo, and Raqqa," Putin said during a meeting with the Defense Ministry.

He added that Russia was supporting from the air both Free Syrian Army troops and government forces, providing them with weapons, ammunition, and other materials.

Daesh Controls About 70% of Syria - Russian Defense Ministry
Russian jets commenced precision airstrikes against the Islamic State (ISIL, or Daesh in Arabic) terrorist group, which is outlawed in Russia and many other nations, in Syria on September 30, following a request from President Bashar Assad.

FSA is one of the groups labeled a "moderate" opposition faction by the West. Washington trained and equipped the FSA in the hope that they would counter Daesh, but subsequently shut down this program in October after spending almost $500 million dollars without any tangible results.

Last month, Putin said Russian aviation forces had conducted several strikes on targets identified as being terrorist-controlled by FSA as well as removing locations that were indicated by FSA commanders as being under their control from its operational area.